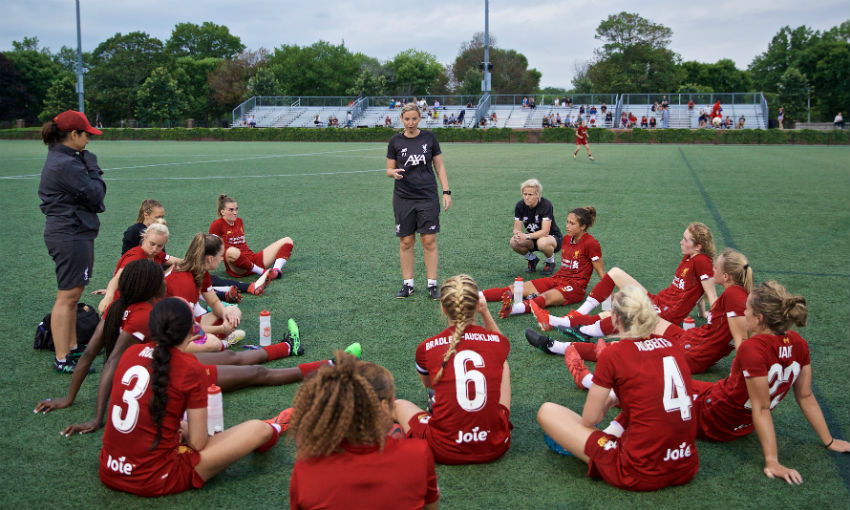 For most analysts working for football clubs, the final minutes of a first half are only to be believed, not seen.

The stopwatch edging towards the 45-minute mark acts as a silent starting gun for a frantic dash down from the top of a stadium to the dressing room in time for the half-time break.

It's a short time to work, indeed, but a period when match-changing alterations can be made.

Kevan spends his matchday in the stands, usually observing the action with a full perspective and linked up to Vicky Jepson's assistant Emma Humphries in the dugout via microphone.

"I'll ask her around 40 minutes if she wants to see anything at half-time," he says. "I've probably got the last two or three minutes of the first half to try to get some stuff ready." 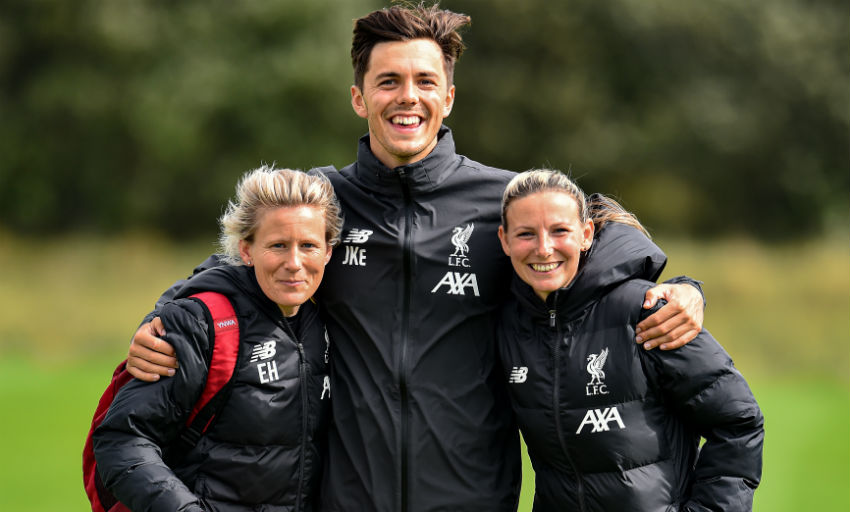 The Academy, too, view the break as an opportunity to advise players on tactical situations – if circumstances allow for it.

Tim Jenkins, head of analysis and U23 individual coach at the Kirkby complex, admits it's more prevalent at first-team level, but can be extremely useful for younger players.

"At the Academy it's the practicalities more than anything," Jenkins tells this website. "It may be an U18s game where the players don't go into the dressing room, so it's difficult to crowd round a laptop when you're huddling under a dugout and it's raining!

"You're watching the game with the game plan in mind, how we set the team up and what we expect from them.

"So it's basically working back off the game plan to say, 'Have we been able to achieve the markers we set out or not?'" 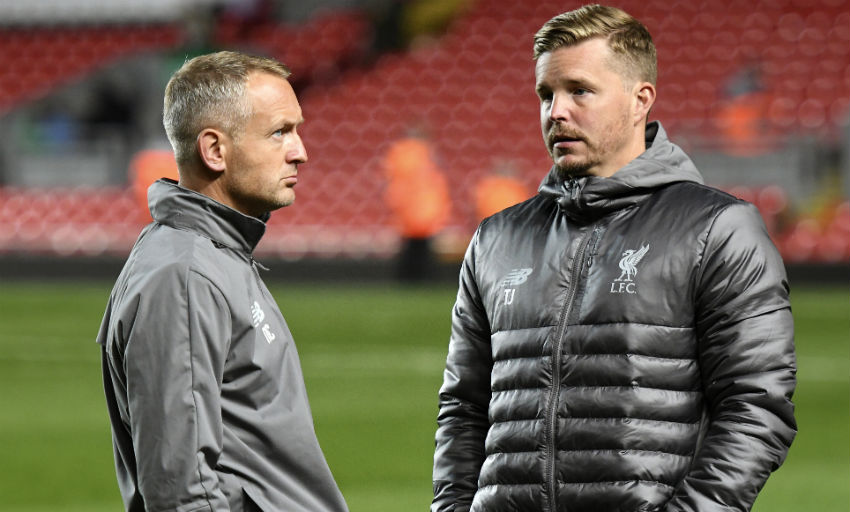 If tweaks are needed based on what's happened during the first half, the evidence presented needs to be clear and concise.

Kevan usually puts together two or three clips – around 10 seconds in length – before plugging his laptop into a television LFC Women carry with them for every game.

"By the time I'm down and we've decided we're going to show anything, Vicky has had her talk, the girls have had a few minutes to themselves," he states. "We've only got a two or three-minute window if we do want to show the girls anything.

"It won't be anything that will mean we'll have to change everything that we do. It might just be something small, something simple that is easy to explain and easy to show visually."

That's, of course, if a major event hasn't occurred in the time taken for Kevan to make his way down to the dressing room.

"Sometimes it's not worth showing anything because everything we were going to talk about has just been ripped up," the former Stoke City academy analyst says.

But the impact a different viewpoint and those bite-sized videos may have on the impending 45 minutes of play is huge.

Rhys Williams has been subject to such methods of working with various Liverpool Academy sides, and now at senior level while on loan at Kidderminster Harriers.

"I think it helps because you don't want to play with a problem that you can't solve," the 19-year-old insists.

"If someone else is seeing it from another angle then you're getting their perspective on how to fix it. Then you can go into the game and hopefully it doesn't happen again." 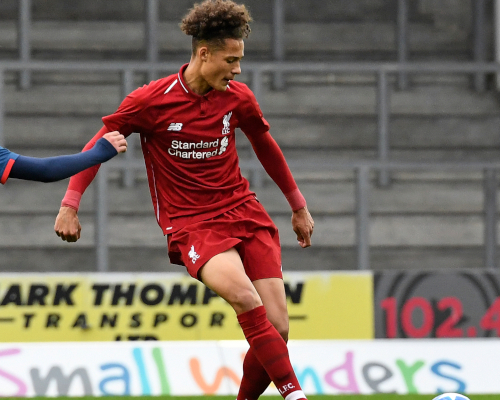 And to see those tactical alterations or reminders pay off in the second half brings about an unbelievable feeling of satisfaction for all involved.

"There might be a player you highlight as a 'pressing victim'," Jenkins explains. "So basically there's a player we're going to try to jump when they get the ball.

"Usually one of the two centre-halves, you let them have the ball and then jump and try to dispossess them to create a counter-attacking opportunity, based on the fact you've seen them and how they react with the ball.

"That can be quite satisfying in terms of carrying out a particular plan, but that's just one example.

"It's that sort of concept where you're trying to predict something that might happen in a game and then exploit that situation."

Kevan concludes: "It's the closest we get to scoring as an analyst!"