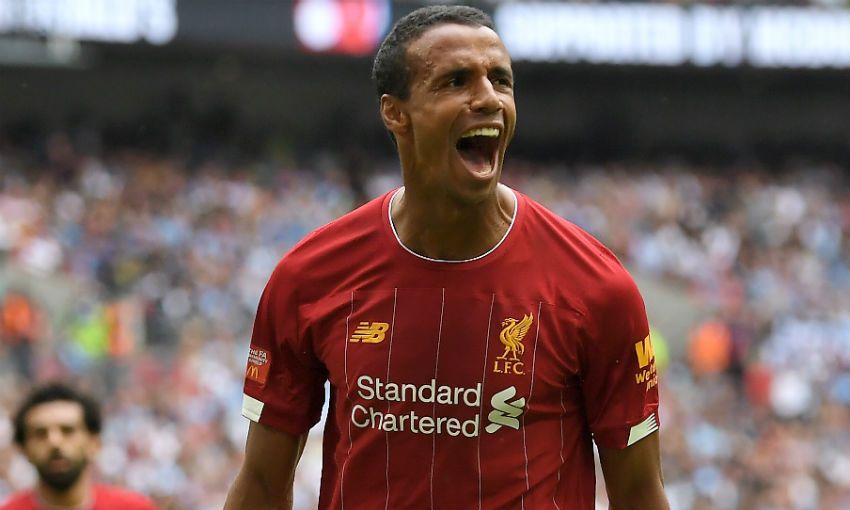 If there was such a thing as the Joel Matip Appreciation Society, the last person you would ever expect to become a member is Matip himself.

Yet, on the third anniversary of the modest, softly-spoken central defender’s Liverpool debut against Burton Albion, it’s probably fair to say that membership of said group would be at an all-time high - perhaps even with Jürgen Klopp serving as honorary president.

“I think everything about him has been said, what a guy he is, what a player he is,” Klopp replied when asked about Matip’s defensive colleague Virgil van Dijk during Liverpool’s pre-season tour of the USA this summer.

The question was designed, it seemed, to tee up Klopp to further eulogise his No.4, but he chose instead to shine a light on his No.32.

“But not a lot of people spoke about the impact Joel Matip had in the last third of the season,” the Reds’ boss continued. “I don't see a lot of centre-backs in the world who are better in that period, 100 per cent, pretty much without any mistakes.” 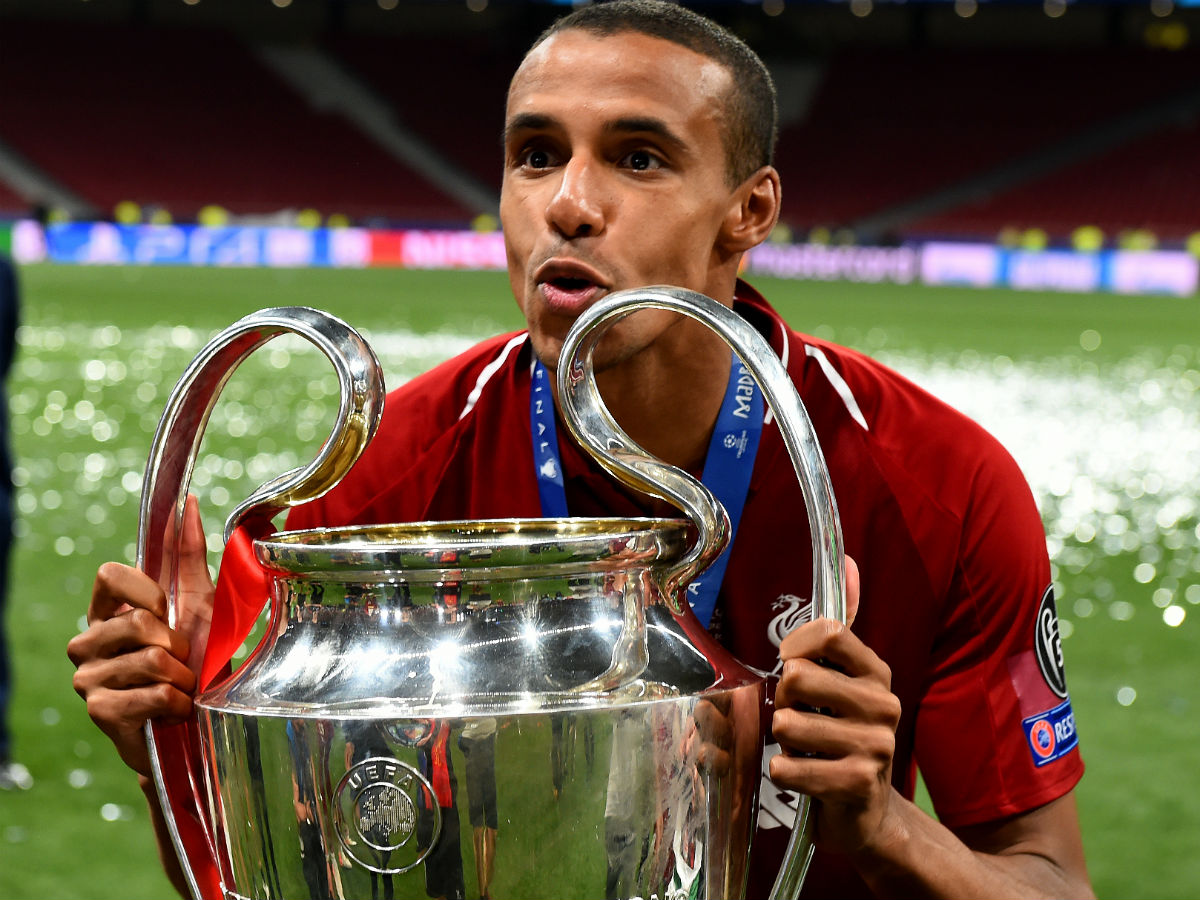 Of the 20 games Liverpool played in all competitions between the start of last season and the visit to Burnley in early December, Matip started only three and appeared from the bench five times.

Of the 33 games bookended by that Turf Moor outing and the season’s unforgettable finale at Estadio Metropolitano in Madrid, however, Matip started 23 - despite spending a month on the sidelines with a fractured collarbone sustained against Napoli in December - and distinguished himself as one of Europe's in-form centre-halves.

Come March, off the back of four consecutive clean sheets achieved with Matip starting, Klopp was voicing his satisfaction with the man whose signature he had secured on a free transfer back in July 2016.

“When he got injured it was outstanding what he did, especially the Napoli game where he got the injury,” stated the boss. “We then lost him in pretty much the wrong moment. He is a really high-class player. He is doing the job and not asking for any credit or whatever, he is just there and loves what he is doing. It’s really nice to have him around.”

The 28-year-old’s positive influence wasn’t difficult to divine over the course of the campaign; Liverpool keeping nine clean sheets in his 17 Premier League starts and four in his eight Champions League games.

Compare his individual statistics from last season - such as the 3.9 aerial duel wins, 4.5 recoveries and 5.6 clearances he averaged per 90 minutes - to those of the other centre-backs playing for the Premier League’s top six, and Matip more than holds his own in every regard.

The former Cameroon international’s proactive style is also evident, with his average of 1.8 interceptions per game topped only by Arsenal’s Shkodran Mustafi and only Tottenham Hotspur’s Juan Foyth edging out his tally of 2.3 tackles per 90.

He managed one goal and one assist throughout the campaign, and didn’t half choose his moment well for the latter, nudging the ball into Divock Origi’s path with three minutes left to play against Tottenham in Madrid.

If some were taken aback by the authoritative nature of the former Schalke stalwart’s performances, Derek Rae certainly did not count himself amongst them.

Perhaps best known in the UK for commentating on Scottish football during his time with BT Sport, Rae now lives and works in the USA, but is fluent in German and makes frequent trips to cover the league that fascinates him most - the Bundesliga.

He was therefore well-positioned to observe Matip’s transformation from callow 18-year-old debutant to one of European football’s hottest prospects during seven years in the first team with Schalke.

“He comes from what I would call the industrial heartland of German football; he comes from Bochum and started at a local club called SC Weitmar,” remarks Rae.

“I remember watching interviews with some of his coaches there who said he really stood out from a young age. There was something very special about him - his control of the ball, his ability to do everything well. I think one of the Weitmar coaches said if he was in the line-up they’d win 6-0, but if he wasn’t they would lose 4-0!

“So he went from there to VFL Bochum as a youth prospect, and then to Schalke, and the thing about the Schalke experience is, it’s generally regarded as the best youth set-up in Germany. The Knappenschmiede, as they call it, is where so many great players have had their footballing education.

“So Joel got a very good education there and it was no surprise when he very quickly made his way into the team, having gone through all the age groups and the second team. It’s just been a refining of his game from that point on, he preferred to play in central defence but has always been a ball-playing defender, not one that just does the basics and I don’t think Schalke fans begrudged him the chance to move on to Liverpool when that chance came.

“Obviously Jürgen Klopp, although he hadn’t worked directly with him, he had come up against him in the biggest derby in Germany, the Revierderby between Borussia Dortmund and Schalke. So it’s been great to see him go from strength to strength.”

Occasionally deployed as a midfielder by Schalke, Matip averaged between three and four goals every season in Germany, and it’s a side of his game Liverpool fans can perhaps hope to see more of this term after the 6ft 5in stopper got off the mark early with a header in the FA Community Shield against Manchester City earlier this month.

“The goal threat and capability at set-pieces is something that’s been there from a young age, he’s always had that in him,” adds Rae, whose voice will soon be accompanying Liverpool fans on their virtual adventures to the Champions League final, with the Scotsman having provided commentary on all UEFA competitions for EA SPORTS' FIFA 20.

“And although he preferred to play central defence, he always had that the ability to play in central midfield. But in Klopp he’s certainly now got a coach that understands him.”

Easy-going as he may be off the field, the manner in which Matip battled back from injury and performed so consistently in high-pressure games last season spoke to a grittiness of character, and it’s a trait Rae believes was moulded partly at Schalke, and partly during a childhood spent immersed in the game.

“That soft-spoken nature, that’s definitely who he is, but anyone who’s been around him and knows his background knows that he is a determined competitor, and you don’t get that far in the game - certainly not in competitive environments like Schalke and Liverpool - without having it.

“People are writing about those two teams every day in the papers and you’ve always got to be fighting for your place, there’s always a lot of competition and things going on around the club. To have that experience, I think it does make you quite battle-hardened and ready to step in when you have to.

“He comes from a very down-to-earth football family in the Bochum area, his whole family have been around SC Weitmar and his brother Marvin [a centre-back for FC Ingolstadt] has played on the German football scene for a long time. So he’s sort of steeped in football but one of the nice things is, I saw a little video that spoke about how after winning the Champions League he went back to Weitmar - and we’re talking the club he was with when he was six years old here! - and helped out for a day, sharing the memory with them and encouraging them.

“So that tells you everything about him. He’s somebody that is certainly never going to forget his roots, and his roots will always be in that industrial western part of Germany, which I think is very similar to Liverpool in the way people live and breathe the game of football.

“He’s greatly respected, very highly thought of and has all the qualities you look for in a top central defender. His is very much a feel-good story. If he wasn’t at Liverpool I think a remarkable number of other clubs would be after him. But Liverpool is where you want to be, they are the European champions.”

As for the man himself, unsurprisingly there is no complacency or sense of entitlement when asked what his fourth season on Merseyside might hold, just a willingness to continue working hard and contributing to the cause.

“It was nice to play and have the success, but a new season begins. You only have to take the things, learn the things from last year, but we all start from new.”

20 brilliant photos that tell the story of LFC's season