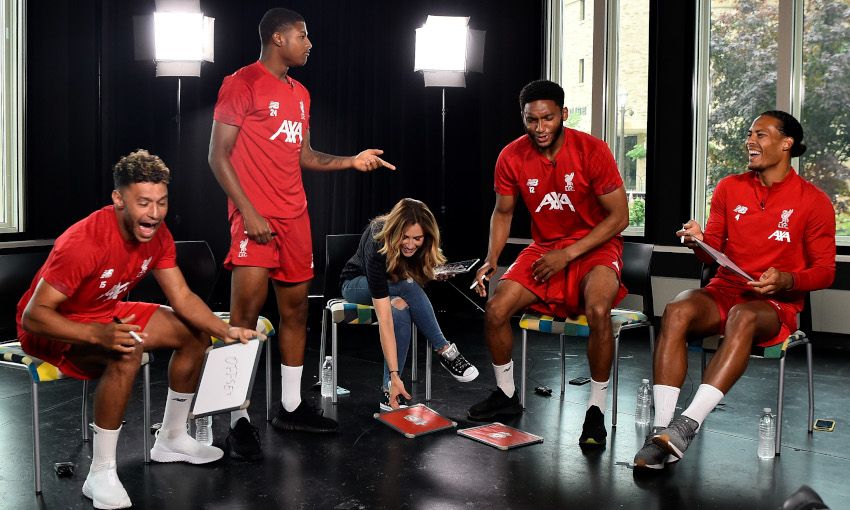 With Daniel Sturridge having left the club earlier this summer, the title of Liverpool FC's Hip-Hop Quiz champion was left vacant - so four players stepped forward to stake their claim for the prize during the Reds' tour of the United States this week.

The striker clinched first place in the previous two editions of the tournament in 2014 and 2016, firmly cementing his position in the competition’s hall of fame.

But after Sturridge departed, we decided it was time to crown a new rap mastermind – and four players accepted the battle for the accolade.

What ensued was a lively and hard-fought 28-minutes competition as we discovered which of the quartet knew their Kendrick from their Kanye, their ASAP from their OVO, and their Drizzy from their HOVA.

And you can see who emerged victorious in our free video below...