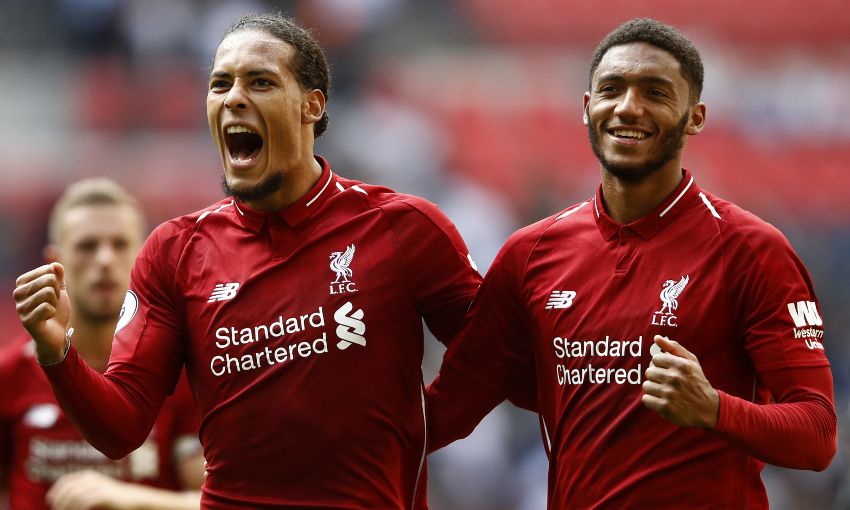 The media on Cardiff 0-2 LFC: 'A gutsy, priceless triumph'

Joe Gomez fancies himself and fellow defender Virgil van Dijk in a race over a longer distance against speed merchants Sadio Mane and Mohamed Salah.

The Liverpool No.12 recently fielded a range of amusing questions from supporters for a special video interview that can now be watched in full below.

One poser touched on a debate that has already taken place within the Reds squad: which of the four players mentioned would win a race?

“We’ve had this discussion,” replied Gomez, who returned to first-team action this month following a lower leg fracture in December.

“I think the first 10 to 15 [yards], Salah and Mane are leaving me and Virg. If it’s over the halfway line, me and Virg are catching them. Then, who knows from there?”

'He smells like a man' 😂😂 What does @VirgilvDijk smell like? What's Gomez's Nando's order? Which three people woul… https://t.co/RpQ8YdWP8f

Must watch: Reds stars get creative for Chaokoh content shoot