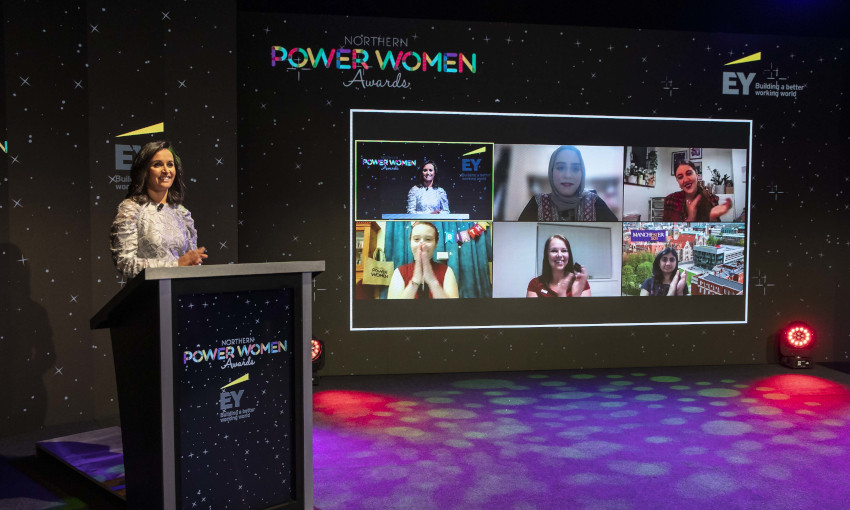 Liverpool FC was a proud sponsor of one of the largest awards celebrations of gender equality in Europe on Monday night, as the Northern Power Women Awards took place on International Women's Day.

The club has been a long-standing supporter of Northern Power Women, a collaborative movement to accelerate gender diversity which was founded by Simone Roche MBE in 2015.

Northern Power Women aims to spotlight, accelerate and encourage a more inclusive and representative society, and the annual awards recognise, showcase and celebrate role models across all genders, sectors, ethnicities, abilities and regions.

This year’s ceremony took place virtually and saw a record-breaking 1,480 nominations, and had more than 900 people in attendance, making it the largest awards celebration of gender equality in the whole of Europe, with more than six million Twitter impressions and counting.

Awards, trophies and prosecco were delivered to the doors of winners, and all attendees received a hamper of locally sourced food and drink, supplied by female-led businesses.

LFC showed its support on the evening by sponsoring the Mentor of the Year Award, which was won by Panintelligence CEO Zandra Moore.

“The sheer passion of the NPW community, plus the volume and quality of nominations, continues to exceed all of our expectations, as we have received a record-breaking 1,480 nominations, featuring outstanding people with some truly incredible stories to tell,” said Roche.

“I know our 70 judges have an increasingly hard task in shortlisting and selecting winners as the quality, and quantity, of entries grows year after year.

“I would like to thank our judges, and congratulate nominees and of course our winners for being a part of this unique and special event.”

The Northern Power Women Awards rounded off Liverpool FC’s International Women’s Day celebrations, which saw staff take part in sessions on allyship and overcoming barriers, as well as a Pay it Forward initiative which saw £2,500 donated to local female businesses in order to cover the cost of their product or service for deserving women.

The club’s International Women’s Day activity was spearheaded by its staff group which focuses on gender parity, Unity Collective.

Lynne Stockton Howard, SVP HR at Liverpool FC, said: “We are proud sponsors of Northern Power Women and have been supporting its fantastic work since it was founded five years ago - it’s great to see the real progress that’s been made in that time.

“Northern Power Women’s values and mission are echoed in the work we’ve been doing at the club as part of Red Together, which is our approach to equality, diversity and inclusion.

“We are delighted to have been part of this record-breaking event championing gender equality and we look forward to building on our successful relationship with Northern Power Women going forward.”