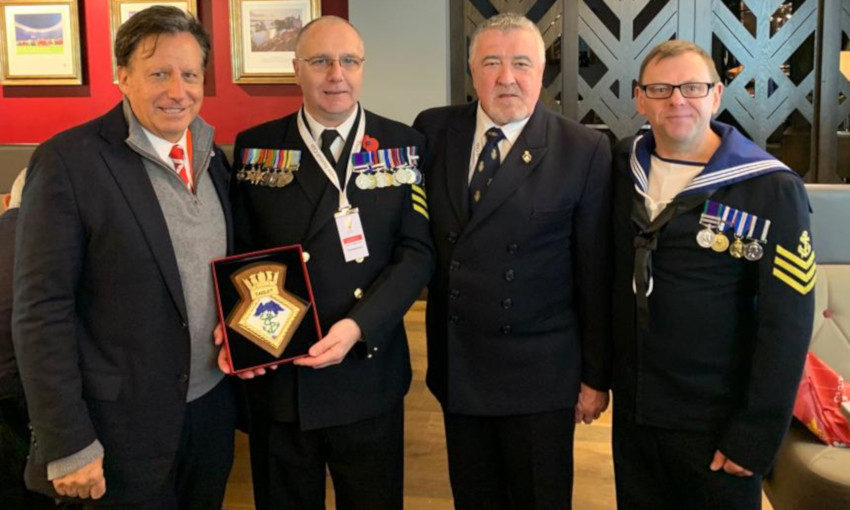 Prior to kick-off, LFC Foundation’s Military Veterans formed a guard of honour and both teams were led onto the pitch by Royal British Legion standard bearers Lyndsey Taggart and Eddie Flaherty, along with two service men from the Royal Navy - petty officer Michael T Bishop and leading hand Steve Haig, who signalled the minute's silence.

Liverpool FC chairman, Tom Werner, was also presented with a special plaque – a replica of the HMS Eaglet’s badge - from the Royal British Legion representatives.

The Reds played in shirts embellished with poppies to commemorate those who have sacrificed themselves to secure and protect our freedom, and after the match they players signed their jerseys for donation to the Royal British Legion to auction to raise funds for the Poppy Appeal.

The club would like to thank the service men and women for their contribution to yesterday’s Remembrance activities and for their impeccable representation on the pitch before the game.