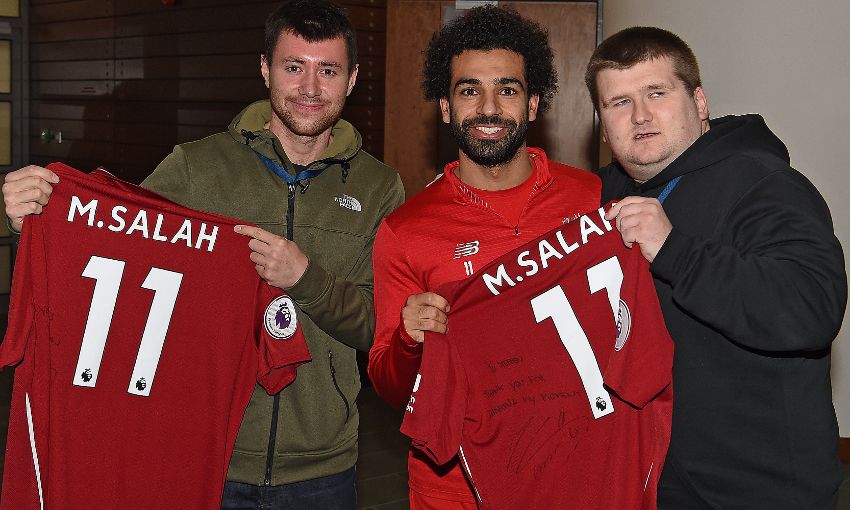 His reaction to Mohamed Salah's crucial strike against Napoli went viral last week and on Tuesday, Mike Kearney was personally invited down to Melwood to meet the man himself.

The 26-year-old - a lifelong Liverpool supporter and a regular at Anfield – was born with a sight problem and has been registered blind since the age of seven.

He was the subject of a video that was widely-shared on social media following the victory against Napoli, during which his cousin described Salah’s match-winning strike to him as the rest of the Kop erupted in celebration.

Having seen the footage online, Salah asked Mike to come to Melwood – along with his cousin, Stephen Garcia – where he chatted to the Reds fans and presented them with signed jerseys with personalised messages.

Our cameras were on hand to capture their meeting, which you can watch below now for free.