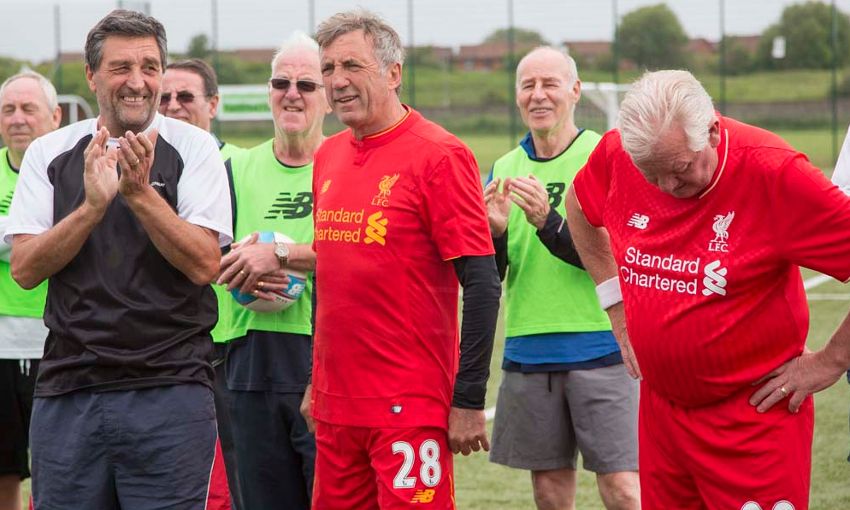 After launching the scheme last month, LFC Legend Alan Kennedy joined the participants back out on the pitch for a morning of competitive games.

The Walking Football sessions, which run alongside Walking Netball, are designed to encourage over 50s to engage in physical activity in a fun and social setting.

“It’s all about the enjoyment of the game and getting the older participant get back into football. A big thanks to Red Neighbours and their fantastic work they do within the community.”

Participant, Tommy Doran, added: “What a day; it was so nice to get back into football!

“I haven’t played for over 20 years, so getting back into it is a great feeling. Walking football is a super way to stay involved in the game."

The Walking Football and Walking Netball sessions, which are part funded by the FA as part of the Community Shield Fund, will run at the ASCC on a monthly basis until the end of the year.