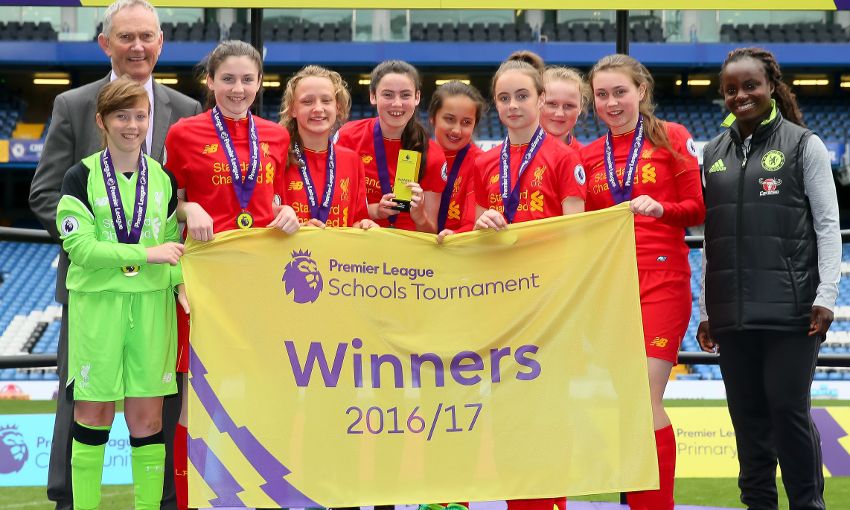 Chesterfield High School U13 girls team travelled to Stamford Bridge for the National Finals of the competition on Tuesday, facing representatives of the 19 other Premier League clubs.

The girls were given an authentic match day experience, walking out to the Premier League anthem wearing official LFC kit, before battling it out to claim the winners’ trophy.

Team captain, Emily Brough said: "We knew we had a chance of winning because we all worked so hard together as a team in every game.

"It was a fantastic experience just to play at Stamford Bridge and to represent Liverpool FC, but what made it even better was lifting the trophy with my school mates."

The annual tournament, which is one of the competition elements of the Premier League Primary Stars programme, is now in its twelfth year and sees representatives of all 20 Premier League clubs take part in the six-a-side competitions across two categories.

The LFC Foundation ran a number of heats and qualifiers over a seven month period, beginning last September, with 170 local schools taking part in total.

The Regional Finals were held at the LFC academy in March, with Chesterfield High winning the U13 girls’ tournament and Bidston Avenue Primary School, from the Wirral, triumphant in the U11 mixed category.

Hospice receives a visit from the Premier League trophy