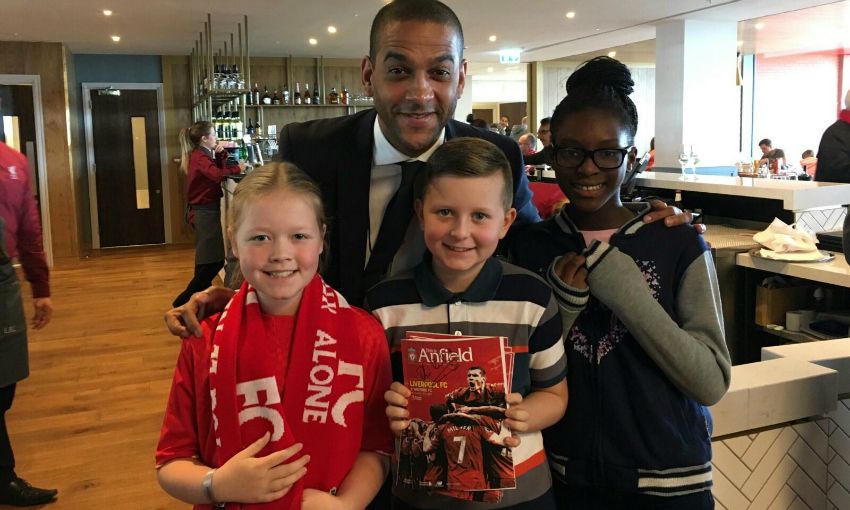 A huge Liverpool fan had a day to remember at Anfield after attending a game in the new Main Stand and meeting former Red, Phil Babb.

Aston Hickey, head boy at The Beacon Primary School, attended the Reds’ recent 6-1 win over Watford with a group of his fellow pupils.

The club’s main sponsor, Standard Chartered, donates hospitality tickets as part of the club’s Young Fan Ticket Initiative, which Aston and his friends were able to enjoy in the Beautiful Game lounge, where they met with fellow supporters from three other local schools and experienced the New Main Stand for the first time.

“It was epic,” said Aston. “The staff were so kind and I felt very important. To see LFC win by so many goals was amazing.”

The childrens' day was made extra special when they were given the chance to meet ex-LFC defender Phil Babb before kick-off.

“It was great to meet a former Liverpool player and have my football programme signed,” said Aston.

“Besides meeting Phil Babb and having great food, I loved the hot chocolate whilst watching the game.”