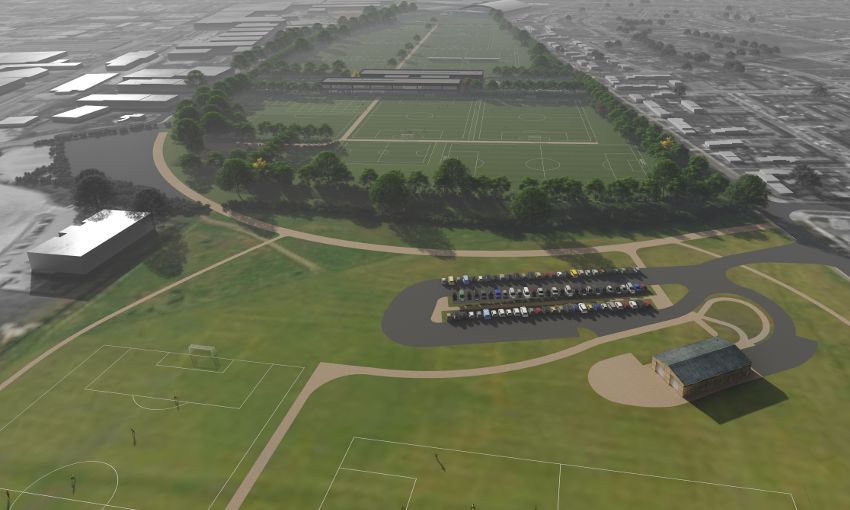 Following Liverpool FC's confirmation of the redevelopment of its Academy site earlier this month, work has now begun on the neighbouring Eddie McArdle community playing fields in Kirkby.

The scheme forms part of the club's plans to put their first team and Academy football training operations and facilities together on one site in a new training campus.

The project includes the redevelopment of the Eddie McArdle Community Playing Fields at Simonswood Lane.

The new changing facilities on site will include six separate team changing rooms, coaches’ changing rooms and a social room for team and community use. The community will also benefit from upgraded pitches, which will also be reconstructed with improved drainage.

Local contractor CPUK, from Skelmersdale, has been appointed to deliver the scheme.

The footpath and cycle path, car park and pitches are expected to be completed later this year, with the new changing rooms being installed next summer when the grass on the pitches has established and is ready for use by local teams.

Councillor Tony Brennan, Knowsley Council’s cabinet member for regeneration and economic development, said: "It is fantastic to see work getting under way on the community playing fields, which will really enhance the local area for the benefit of our residents.

"I'm sure the new high-quality pitches will further encourage and support more grassroots football here in Knowsley. I look forward to seeing this work progress over the coming months."

Liverpool FC will shortly begin works on their new home for the first team and development squads.

This will see Moss Lane closed to traffic on August 27, 2018 so that service diversion works can be undertaken.