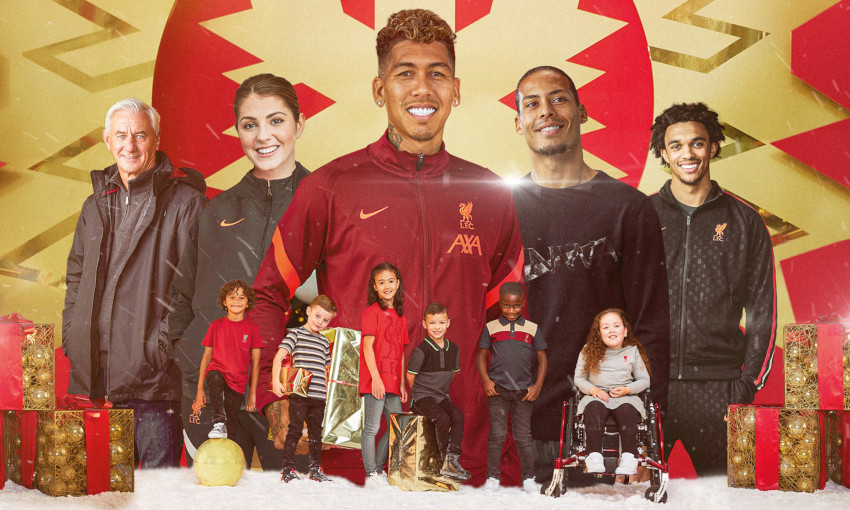 Liverpool FC is keeping the festive spirit going with the launch of the second of its three Christmas videos today.

In the next chapter of the series, focusing on the theme of ‘togetherness’, supporters are transported into another fairy tale as a book titled ‘YNWA’ opens.

With a community of Reds across the whole world, viewers are told of all the special little things that happen at Anfield around Christmas time and how they connect to fans everywhere.

The tale also includes themes of ‘community’ and ‘family’ by touching on the fact the club’s values transcend rivalries – extending a festive welcome to neighbours Everton.

Each part of the series is being revealed separately in the lead-up to Christmas, with both instalments released so far available to watch at store.liverpoolfc.com/christmas.

In keeping with the message of togetherness, the club’s Operation Christmas Magic community campaign will take place again this year, with Red Neighbours and LFC Foundation set to host a number of events and initiatives to bring joy and fun to the local Anfield community and beyond.

LFC has also launched its official Christmas gifting range, which includes a selection of exclusive presents for every Reds fan.

The collection features cosy nightwear and pyjamas for the whole family, toys and games for the children, premium gifts for him and her, and the perfect Christmas decorations. Take a look here.

Get 20% off in LFC Retail's Black Friday sale

LFC Retail: Get FREE global delivery for a limited time only