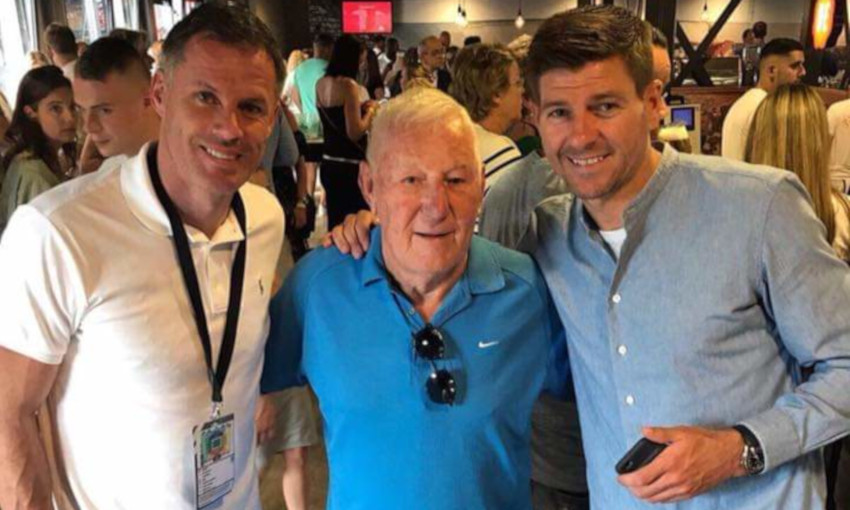 Tributes have been paid to Liverpool's former player liaison officer Norman Gard, who passed away on Sunday night.

Norman served a crucial role behind the scenes at the club for 15 years, helping players with all of their off-the-pitch needs and becoming a particularly key figure for those who joined the Reds from abroad as they settled in to a new country.

Following his passing, after a short illness, those with whom he worked and became friends at LFC have been sharing their appreciation for, and special memories of, Norman.

My dad, Norman Gard, passed away peacefully last night, with my brother at his side, after a short illness. He was… https://t.co/6V5DtJB1Nl

“There are people at every club who are like glue because they hold everyone together and Norman was one of those people,” said Jamie Carragher.

“He was the first player liaison officer that I ever had and I can’t speak highly enough of him. He was a great help to the players and also to our wives and families, which makes a bigger difference than people might imagine because it allows us to focus on nothing but the football.

“I’ll miss Norman because he was such a good fella and I know I won’t be the only one.”

@jonathangard Really sorry to hear that , and sorry for your loss mate... was and still is a great man, thinking o… https://t.co/u1Ql9M9l8a

Former Liverpool captain Sami Hyypia, who was welcomed to the city and the club by Norman upon his arrival in 1999, also underlined the importance of his role and the esteem in which he was held at Melwood.

“Very sad news,” said Hyypia. “Norman was a very, very important person when I came to the club. The first day, he said to me, ‘You just concentrate on the football side’ and any other things, he is there to help.

“He was a great man and great friend. I think we saw each other every day when I was at Liverpool, so a very important person for me and I think for everyone who played for the club in that era.

“He was always on the run, always helping people. Not many understand what it is to go abroad to work or to live, what kind of challenges you have. Norman helped us foreign players especially quite a lot with many, many things. He had contacts with people who could help if he couldn’t. He was a very important person.

“I said he was a great guy even if he was an Evertonian!”

Gutted to hear Norman Gard has passed away. Came to @lfc whilst I was there to look after the boys and he did an am… https://t.co/vP3hBkssRx

The thoughts of everyone at the club are with Norman’s family and friends at this sad time.