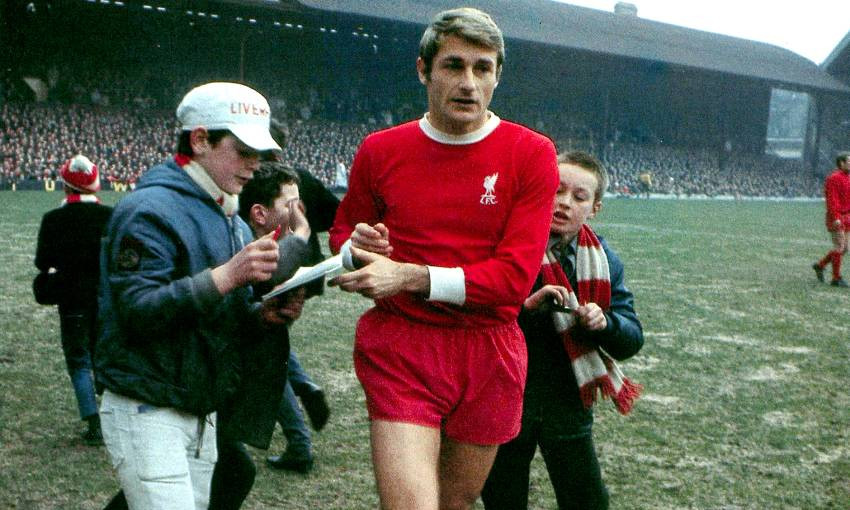 Jürgen Klopp has paid tribute to Roger Hunt after the legendary former Liverpool forward passed away peacefully at home following a long illness.

With 285 strikes in 492 appearances for the Reds during 11 highly successful years between 1958 and 1969, Hunt is the second-highest goalscorer in the club’s history.

“It’s really sad news and our thoughts and our love go to his family,” Klopp said.

“Unfortunately, it feels too frequent in this moment we are saying farewell to these giants of our club.

“Roger Hunt comes second to no-one in his importance in the history of Liverpool FC, that much is clear.

“To be the goalscoring catalyst of the Shankly team to actually achieve promotion and then go on to win those precious league titles and the FA Cup puts him in a bracket of LFC legends who are responsible for making us the club we are today. Not only that, he was also a World Cup winner in 1966, too.

“I am told the Kop christened him 'Sir Roger' for all his achievements. A goalscorer who never stopped working to help his teammates; I believe he would have fit in well within our current team.

“So, it is Sir Roger we will remember, honour and pay tribute to over the coming days.