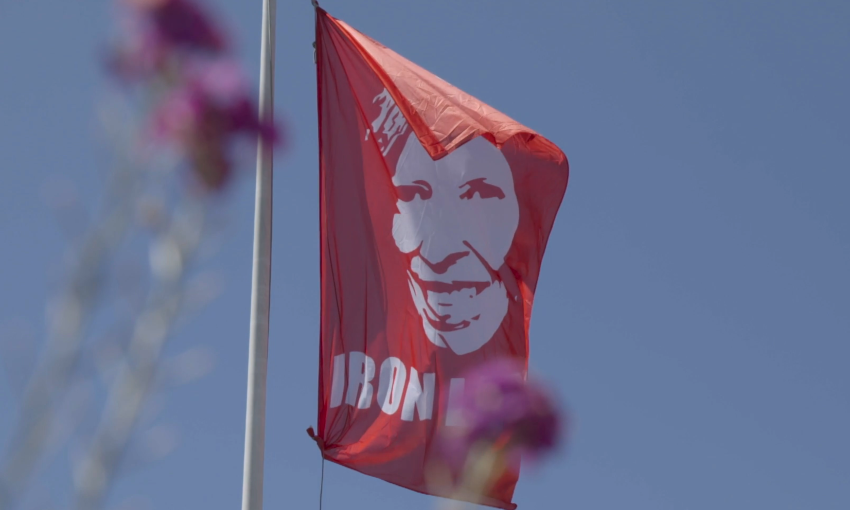 Golf star Tyrrell Hatton has taken time out from preparing for this year's Ryder Cup to show support for the ninth annual Anne Williams Golf Day.

Hatton, an ardent Kopite and current world No.19, will represent Europe for a second time at the prestigious tournament in Wisconsin next week.

Meanwhile, back on home soil this afternoon, amateur players will gather at Huyton & Prescot Golf Club in memory of Hillsborough campaigner Anne, who lost her son Kevin at the disaster.

And Hatton has once again shown solidarity with those fundraising in her name, and spoke with pride at his association to their cause.

“Being a big Liverpool fan, I know all about Anne’s fight and what she stood for,” said the 29-year-old.

“I’m both honoured and privileged to be able to offer support to the event after being in contact with the organisers. I’ve seen the videos and pictures from previous years and it’s testament to Anne and everyone involved that the event is going from strength to strength.

“If I can help support that in any way possible then I’m happy to oblige. I’m sure this year’s event will be another brilliant success and vital funds will be raised in Anne’s memory for another deserving local charity.”

Ste Martin is one of four organisers.

For just shy of a decade they have poured their hearts and souls into a day which has come to mean so much to so many.

Local charities have flourished and lifelong friendships have been forged, and all in the name of a woman who refused to lie down when it mattered most.

From the moment she lost her 15-year-old son in April 1989, through to her very final days, Anne battled tirelessly to establish the truth about his death.

Her resolve knocked down lies; her courage inspired an entire city.

“I believe you get out of your life what you put into it,” explains Ste. “And Anne’s determination to get the truth for Kevin was inspirational.

“She opened cans of worms, knocked down doors. And if Anne can do that for the love of her son, who was so tragically killed, I think it’s only right that we honour that fight.” 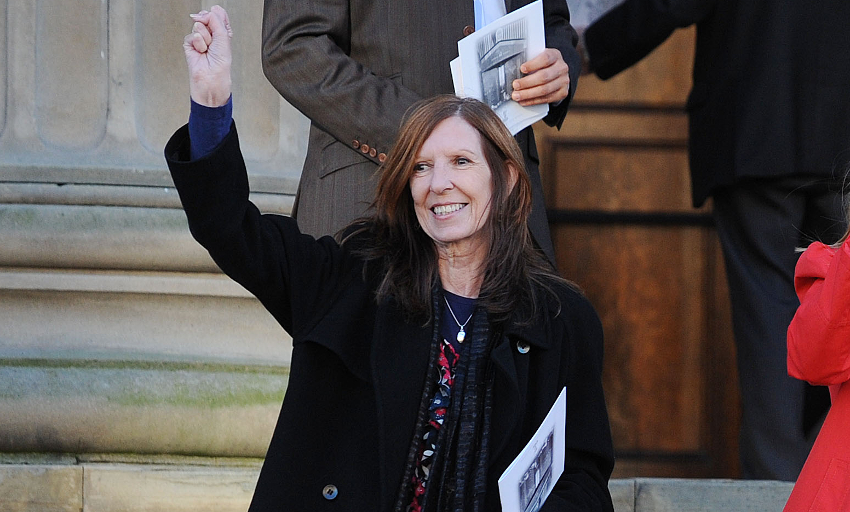 Her image, in the form of a flag recently adapted by members of supporters’ group Spion Kop 1906, will fly high over Huyton & Prescot Golf Club.

Below the fluttering symbol, 76 golfers from all walks of life – and all levels of ability – will mill around expectantly.

Some will eye the ultimate prize, others will pray for personal preservation.

Everyone will know the importance of the gathering.

“We have 18 hole sponsors from all over the community; donations from the United States, from Australia and prizes from every corner of the globe.

“Our ambassador Wayne Scholes, CEO of Really Epic Dog, has donated a special double-prize which will leave people speechless. I’m overwhelmed by this year’s level of prizes. It’s been mind-blowing.

“And thanks to days like these, Anne’s legacy will support thousands of people, through various charities, for however many years this event continues – and I’ve got no doubt it’s not stopping any time soon.

“We’ll never support a mainstream charity because they don’t need our support; they have thousands of people raising money for them. We’ll always go to the smaller charities who make a massive difference to the people they support.

“And, this year, it’s Liverpool Sunflowers.”

For this, Bobby Magee is proud – and grateful.

Liverpool Sunflowers is his charity; his motivation; his chance to give back to the community and to lift others in their hours of need.

For 35 years, the place has supported people within the city and beyond, who are suffering from the devastating effects of cancer.

Precious funds raised by the golf day will bolster Sunflowers’ ability to help others shoulder the burden. You can donate via the Anne Williams Golf Day JustGiving Page.

“Back in the 1980s, you were far more likely to die of cancer than you are today,” Bobby explains.

“Back then, we were helping people look at how to afford a funeral. As time has gone on, and more money has been put into cancer research, people are living longer. It’s not the death sentence it once was.

“So, Sunflowers evolved into a place for people living ‘well’ with cancer. And then we decided to open up to those with other conditions as well. We’ll always help the families. People come in and ask for help for their mums, dads, kids…”

Through the week, Sunflowers is a hive of activity and positivity in the face of adversity.

In one room, exercise classes such as Pilates, Tai Chi and Boxercise are carried out, while down the corridor techniques like yoga, mindfulness and breath works are taught.

Visitors can access therapies, massages and undergo counselling, while Bobby and his team arrange for bi-monthly two-day retreats for those who have been recently diagnosed.

“It’s a positive place,” says Bobby. “During the pandemic, there’s been people who have had a diagnosis – and they’ve gone through chemo – but not been able to see another person.

“Now we’re open, people can see each other and you can feel that sense of relief. For those who have had nothing for so long, it’s a happy place.

“And it’s absolutely humbling to be chosen as this year’s Anne Williams Golf Day charity. In Liverpool, we all seem to stand together and that’s the case when you think of Anne.

“We’ll make sure that any money that comes in through the door is spent on the people here who need it. We’ll be making sure they get the full service they need, and that they have a place to go.

“That money keeps the door open for us. It’s invaluable.”