Liverpool FC remembers the 39 football fans who lost their lives at Heysel Stadium in Belgium on this day 36 years ago.

As a mark of respect to those who died, a floral tribute was placed beside the Heysel memorial plaque on the Sir Kenny Dalglish Stand at Anfield this morning by LFC ambassador Ian Rush and senior club official Jonathan Bamber. 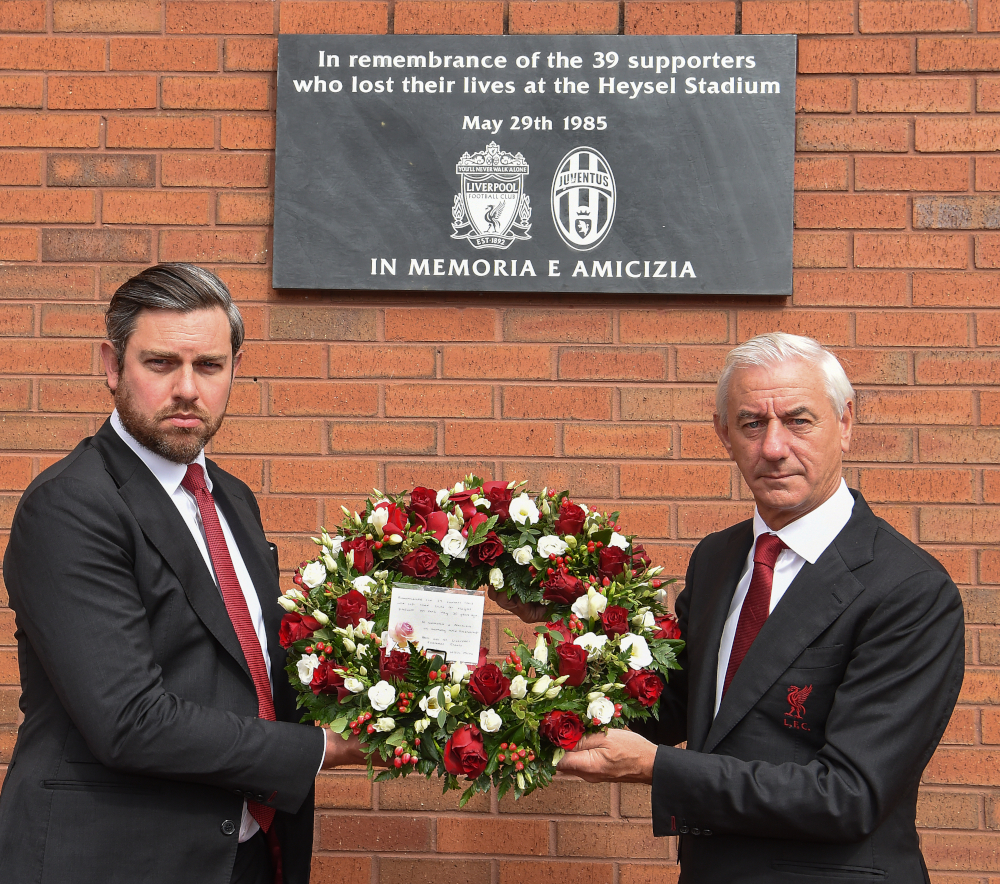 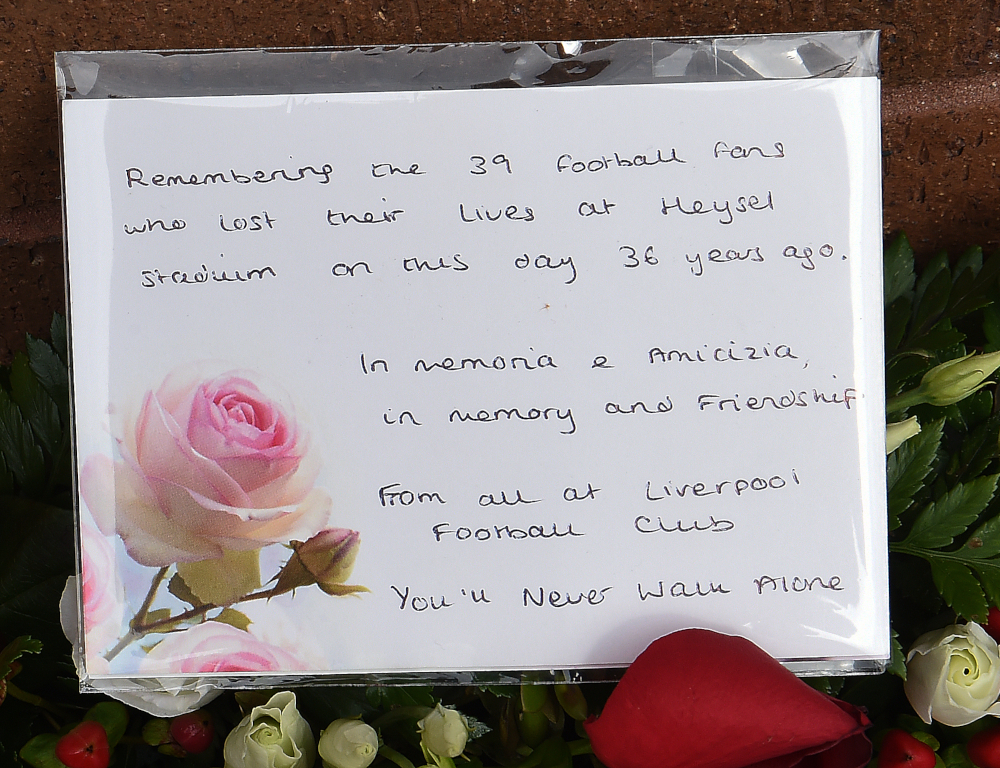 Flags across all club sites are also being flown at half-mast throughout the day.

Bamber, senior VP, general counsel at Liverpool FC, said: “We come together today as a club to pay our respects to those who lost their lives at Heysel. We honour their memory and remember all those affected by this tragedy. They remain in our thoughts and they will never be forgotten.”

In Memoria e Amicizia, in Memory and Friendship: