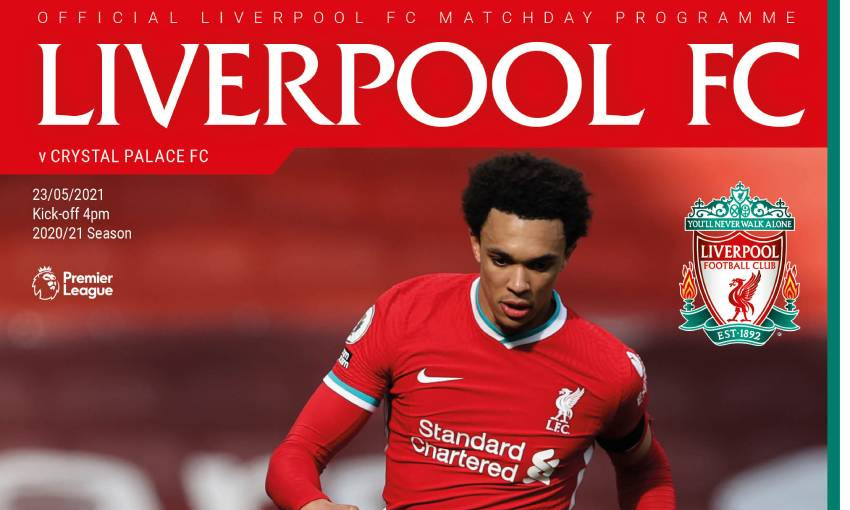 Liverpool welcome Crystal Palace to Anfield along with 10,000 much-missed Reds supporters on Sunday – and there's a fan theme to the final matchday programme of the 2020-21 season.

As well as a special feature about the huge impact the supporters can have, Trent Alexander-Arnold talks about his hunger to win back the Premier League title for the club and its fans, while fellow defender Ozan Kabak gives his verdict on the new song bestowed upon him by Kopites.

There's also the second part of our 20th-anniversary celebration of Liverpool's 2000-01 cup treble, while local musician Timo Tierney relives a dream encounter with Sadio Mane for one Reds fan from 'The Florrie'.

Get your copy here. 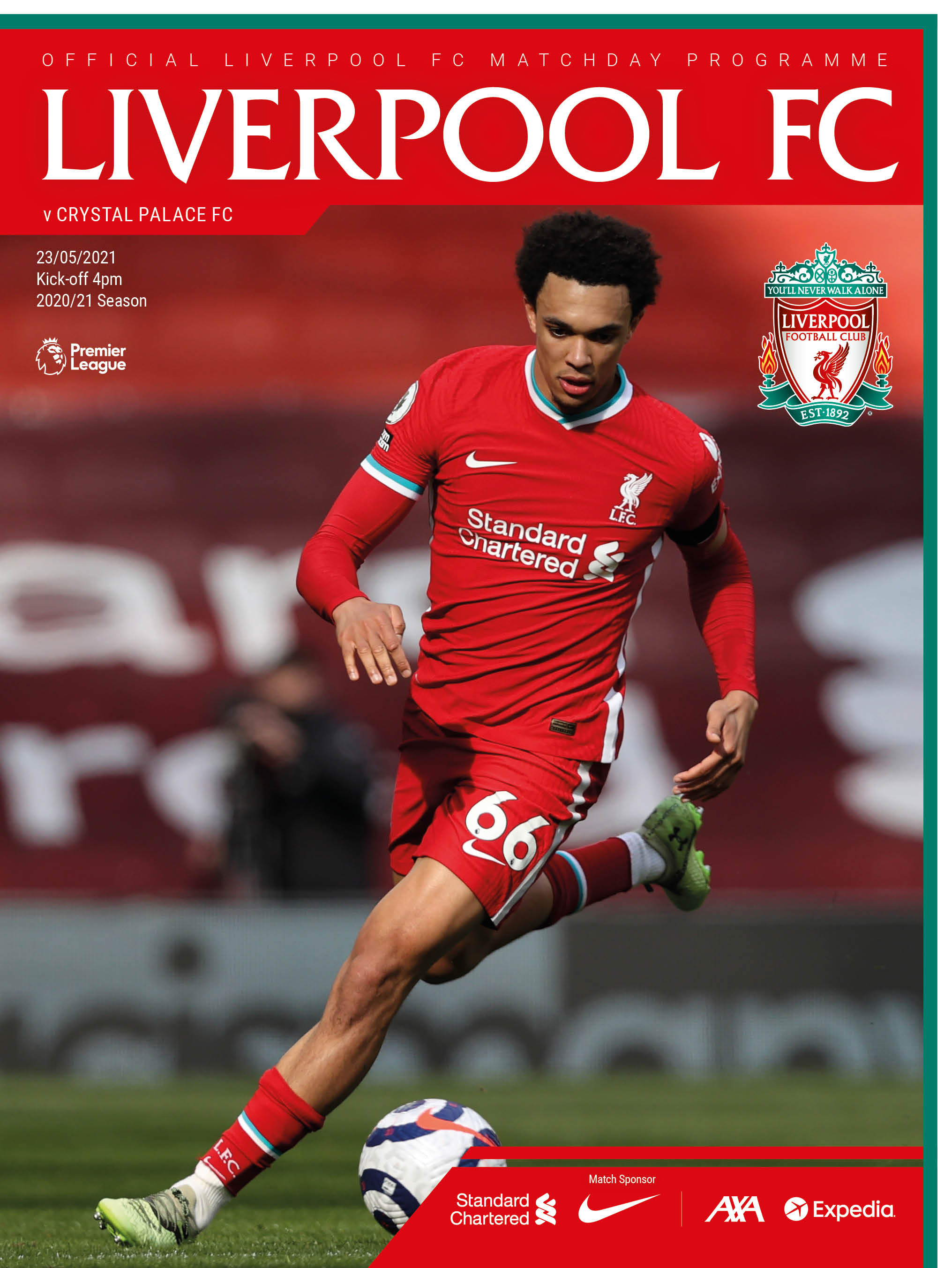