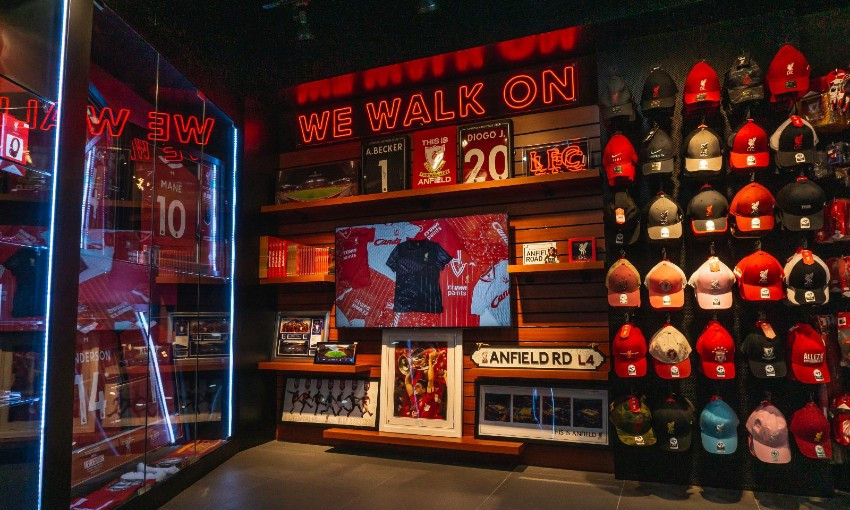 Liverpool FC has today celebrated the opening of its second standalone retail store in Singapore.

Opening in conjunction with partner Weston Corp, the new store opened its doors in the Queensway Shopping Centre to bring the full range of Nike replica kits, club merchandise, fashion accessories and special edition products to fans in the region.

The store also offers an exclusive 'fan cave' area that displays a wide collection of products perfect for those supporters looking to create their own fan zone at home, including signed merchandise, pictures of players past and present, and official homeware.

The store is opening in line with local COVID-19 restrictions.

The Reds' first store in the country officially opened in January 2020 in Bugis Junction.

Along with the standalone store, the club has also worked with Weston Corp to launch a new online official store to give supporters even greater access to official LFC merchandise. Fans in the region can access the new online store via Weston.com.

Mike Cox, senior vice president, merchandising at Liverpool FC, said: "We're delighted to be able to offer Reds in Singapore the opportunity to feel closer to Anfield through our second official club store. I've been able to see first-hand how passionate our fanbase is here and as one of the world's premier shopping destinations, it's an exciting opportunity for the club to connect with supporters in the region."

Amandeep Chopra, sales director, Weston Corp, said: "Weston Corp is proud to partner with Liverpool FC to bring its second official retail store concept to Singapore in one of Singapore's most iconic sports malls, Queensway Shopping Centre, along with a dedicated LFC branded area within our own retail website.

"As a key player in the football and sports retail industry in Asia, we are delighted to expand the Liverpool FC retail footprint in the region, allowing the club's passionate fanbase access to official merchandise."

Out now: LFC Retail's Back to School collection