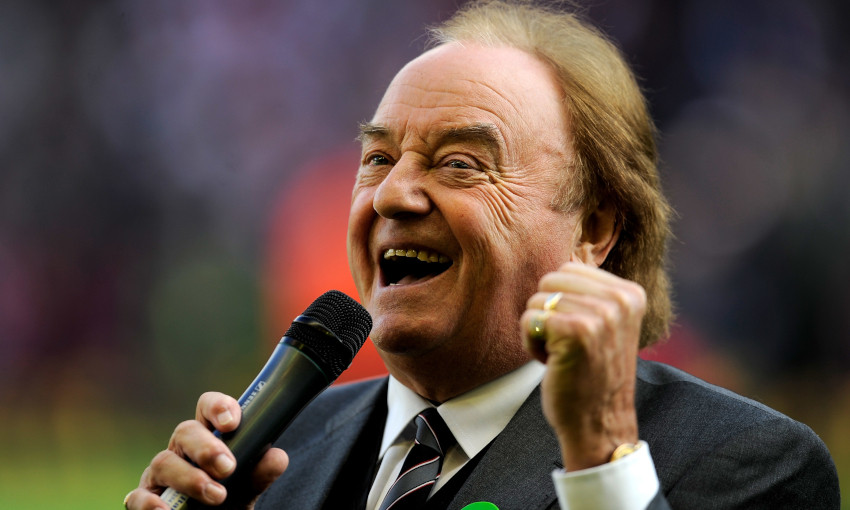 Get 30% off a 12-month LFCTV GO subscription now

The Scouser and lifelong Reds fan was laid to rest at a private ceremony in the city following his passing at the beginning of January.

The lead singer of Merseybeat group Gerry and the Pacemakers, his version of You’ll Never Walk Alone was adopted by the Kop in 1963 and became eternally synonymous with LFC as its anthem.

When you walk through a storm, hold your head up high and don’t be afraid of the dark. ❤️ Gerry was laid to rest t… https://t.co/m8fZsjDII7

Marsden’s performance of the Rodgers and Hammerstein classic is played before every home fixture at Anfield and has carried the club through times of celebration and commiseration.

“I don’t think it should ever be underestimated how important Gerry has been to millions of Liverpool fans,” said Dalglish.

“Since the ‘60s when it first came out, it has been the signature tune of Liverpool Football Club and every single generation that has come to watch between then and now have adopted it as their song.

“It’s been a huge part of their lives, whether it’s before a match, during a match, enjoying the success of winning something after the match, or even, sadly, when there’s a funeral and the song has been played.

“It was totally supportive, or helpful, to a lot of people when Hillsborough came along. And, for me, the song is synonymous with Liverpool Football Club and their fans.

“It’s not a song you just sing for singing’s sake, it’s definitely got a meaning. It’s got its feelings, you can’t help it. Even going along to the games recently, when it’s been played and there’s no crowd in, it’s still very emotive.

“It was particularly sad when the news came through. You look back and look at the memories you have of Gerry – all the memories I have of him are happy memories.

“Great respect for Gerry and I obviously offer all my condolences to the family. He has done wonders for Liverpool Football Club.”

A period of applause in memory of Marsden will take place before kick-off when Liverpool face Manchester United at Anfield on Sunday afternoon.