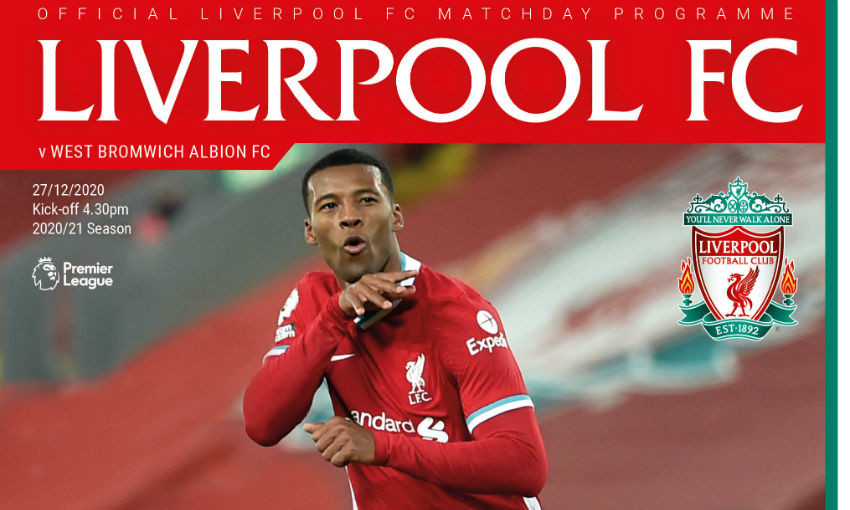 Liverpool host West Bromwich Albion at Anfield on Sunday – and you can order the official matchday programme online now.

In his own column, captain Jordan Henderson pays tribute to Roberto Firmino, while there are in-depth interviews with Diogo Jota as he steps up his return to fitness and goalkeeper Caoimhin Kelleher.

Also inside this issue, read a fascinating interview from 2002 with the late Gerard Houllier, in tribute to the former Liverpool manager, and a word with Reds supporter Darragh 'The Menace' Ennis, who also happens to be TV's new Chaser! 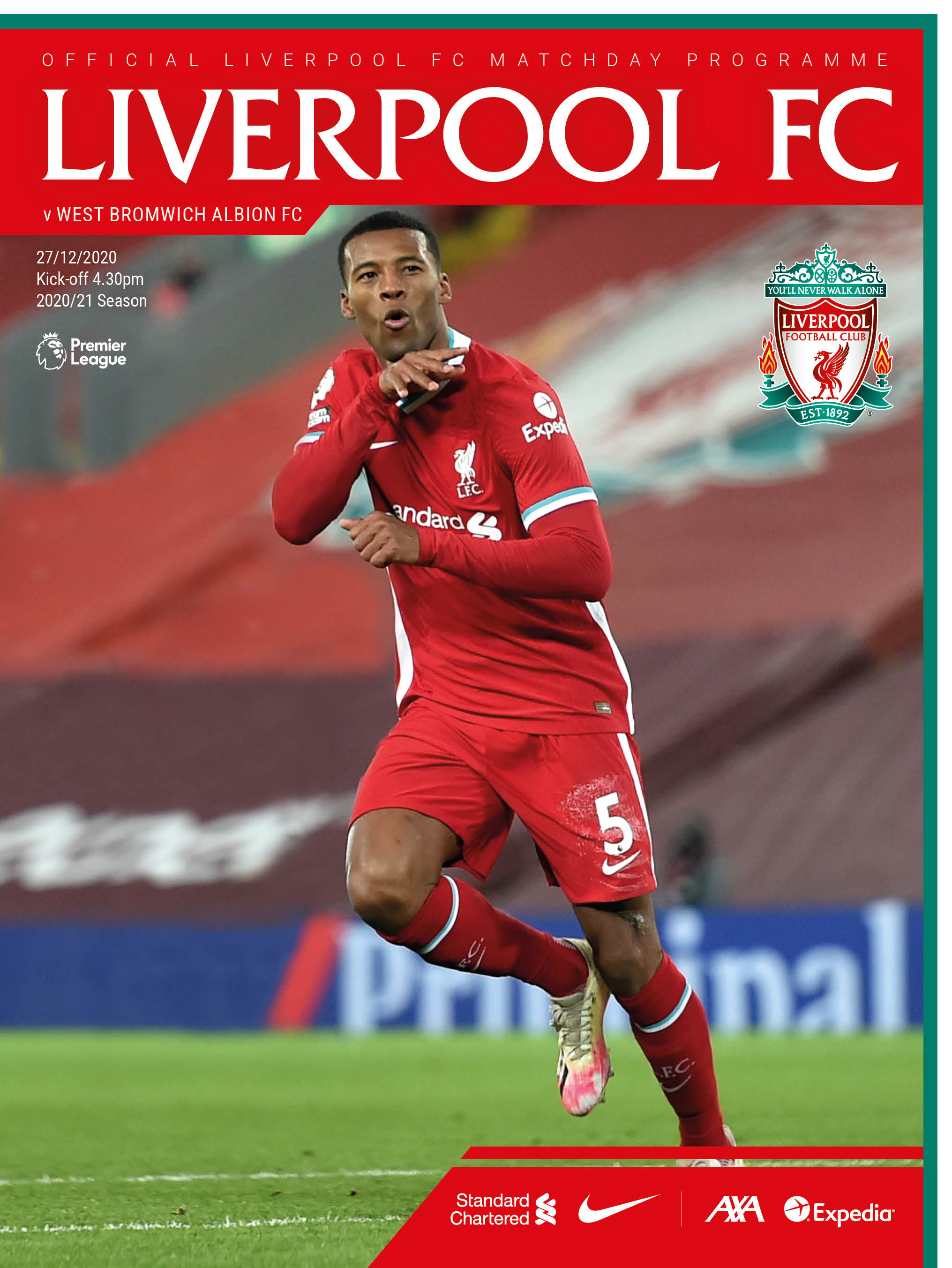