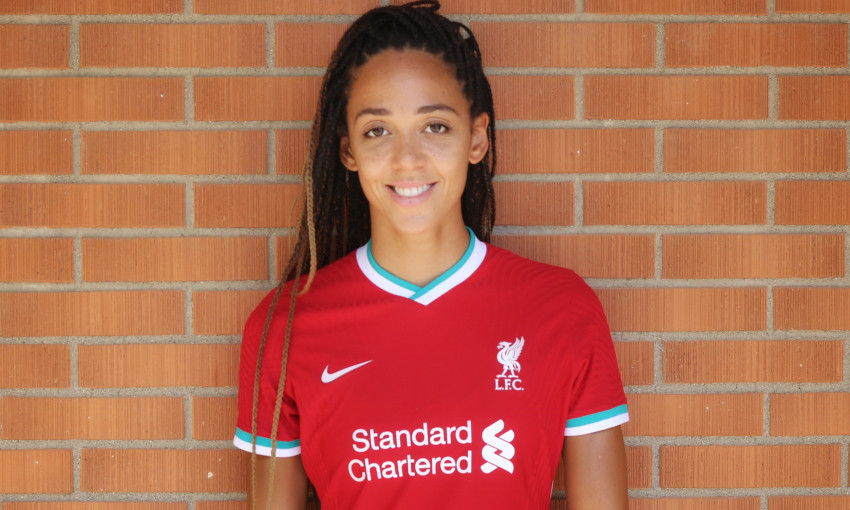 Liverpool FC's official charity, LFC Foundation, has announced that it will be joining forces with world champion athlete Katarina Johnson-Thompson.

The Liverpool-born Olympian and Reds fan will become an official ambassador for LFC Foundation, a unique role that she will share with fellow ambassador Jürgen Klopp.

Alongside the new ambassadorial role, LFC Foundation will work in partnership with Johnson-Thompson’s KJT Academy to help develop a new community athletics and talent development programme targeting children and young people from across the Liverpool City Region.

The new partnership with the KJT Academy will see LFC Foundation deliver an accessible community sports and athletics programme that will encourage children and young people from disadvantaged areas to get involved in fun, physical activities and explore the world of athletics.

The programme will also focus on supporting those from state schools and BAME backgrounds into athletics, something Johnson-Thompson is very passionate about due to the lack of diversity across British Olympic teams.

Of the 368 Team GB athletes sent to the 2016 Rio Olympics, only 15 per cent were non-white. Thirty-one per cent of Team GB’s Rio medallists were also privately educated, even though 88 per cent of the general population attend state schools*. A 2017 report by the University of Toronto also highlighted that 10 Team GB sports showed a significant bias towards white, privately educated athletes.

Johnson-Thompson said: “I am so proud to become an official ambassador of LFC Foundation and be a part of the club that I love.

“Our exciting new partnership will give young people in Liverpool opportunities to fulfil their potential and potentially compete in the Olympics one day themselves.

“Athletics is and always has been a huge part of my life and I am passionate about nurturing and developing future talent to help others achieve their dreams as I have. I see the KJT Academy as my way of giving back and helping to secure the next generation of Olympians.”

Matt Parish, LFC Foundation director, added: “It’s an honour to welcome Katarina to the LFC Foundation family. She is a source of inspiration for so many and a national hero.

“We are really excited to be working with the KJT Academy team to establish this new and innovative programme that will look to provide a wealth of opportunities to budding young athletes across the Liverpool City Region.”

*According to research by Summus Sports Group – June 2020.