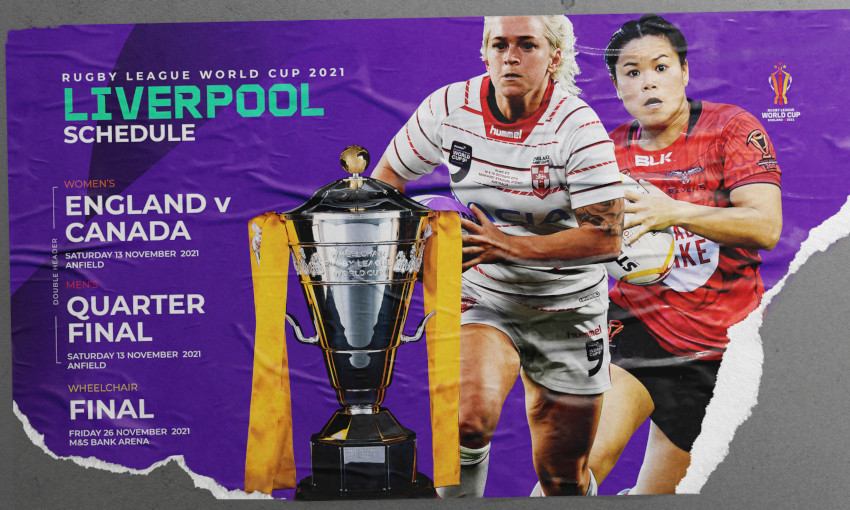 Details of the three Rugby League World Cup matches to be played in Liverpool in 2021, including a double-header at Anfield, have been announced.

The city will host a trio of games in the tournament, which will see men’s, women’s and wheelchair teams all compete at the same time.

Two games are set to take place at Anfield on Saturday November 13, with the women’s clash between England and Canada first up at 12pm.

That will be followed by a men’s quarter-final at 2.30pm.

The wheelchair final will then be held at the M&S Bank Arena on Friday November 26, getting under way at 7.30pm.

Liverpool will also be the team training base for the Italy and Tonga men’s teams during the tournament.

For more information on the Rugby League World Cup, including how to sign up for ticket alerts, visit www.RLWC2021.com.