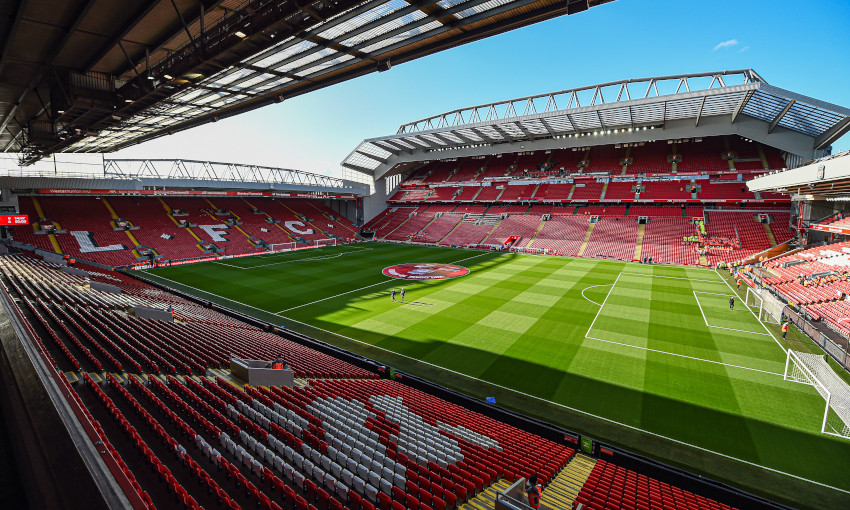 Liverpool FC will welcome a host of inspirational women to Anfield this weekend to celebrate International Women's Day.

A group of exceptional women, who were chosen for either their significant contribution to the local Anfield community or the gender diversity movement within the city, will be hosted at the Premier League clash with Bournemouth at Anfield on Saturday.

Fans can also find out more about some of the inspirational women in a specially produced film entitled ‘Women of the Kop’, which features four generations of Reds supporters and explores them through the eyes of some of the people closest to them.

Celebrating the strength, ambition and uniqueness of the club’s female fans, the film features Margaret Aspinall, chair of the Hillsborough Family Support Group, and her daughter, Louise; Finley Kennedy, an LFC Foundation Kicks Girls programme participant with her dad, Eddie; Jacqui McAssey, senior lecturer in fashion at Liverpool John Moores University and founder of GirlFans, a social media channel exploring female fan culture, with her former student Nadia Atique, whose final year collection of Modest Fashion appeared in Vogue; and Lizzie Doyle and her friend Andy Heaton, who both work at The Anfield Wrap.

Watch the ‘Women of the Kop’ film below.

A range of other activities will also take place across the club to mark International Women’s Day, including: an all-female line-up of acts taking to the stage in Paisley Square, a feature in the matchday programme, and the ‘Women of the Kop’ film will be shown on all concourse screens across the ground and in Paisley Square.

There will also be a series of internal events and activities for LFC staff to get involved in, that will be delivered by the club’s gender diversity group, Unity Collective, which helps to create a positive working environment, where everyone has the same opportunities to develop, regardless of their gender.

“It’s something that the club is really passionate about and why we were the first Premier League club to apply for and be awarded the Premier League’s advanced quality standard for equality, demonstrating how committed we are to pushing the boundaries in this area of work.

“It’s such an honour to welcome this group of amazing women to Anfield this weekend, who are the source of much inspiration to others and will help us increase visibility of the importance of an equal world.”

A glimpse into LFC's past on International Women's Day