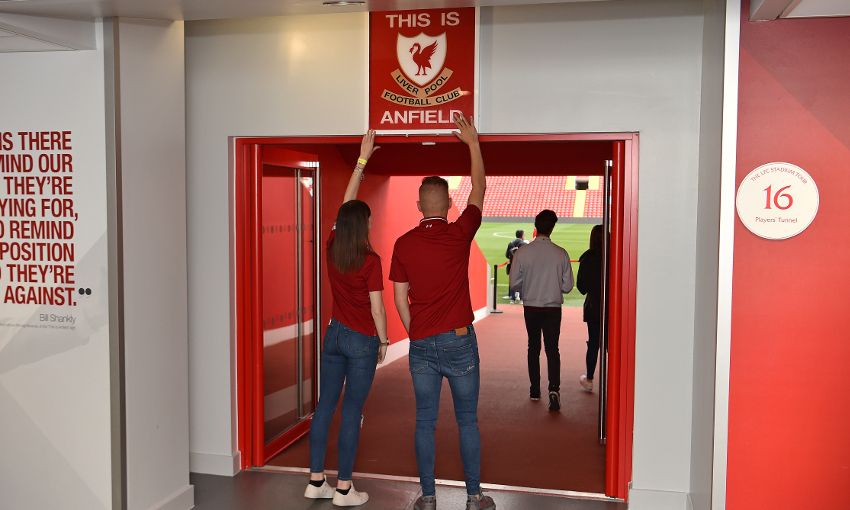 Liverpool FC's stadium tour and museum was named in the European Best Tours for Groups category at the recent 2019 Get Your Guide Awards.

The annual awards recognise the best experiences for global travellers, with a network of destination experts selecting their top experiences from thousands of locations across the world.

Anfield was the only sports venue – and one of just 99 attractions worldwide – to receive an award out of the 40,000 tours affiliated with Get Your Guide. Other winning attractions included Niagara Falls, the Taj Mahal and the Great Barrier Reef.

The Reds’ award comes in recognition of the high customer feedback received through Get Your Guide – an impressive 4.8 out of five – in a year which has seen the LFC stadium tour achieve record visitor numbers.

Almost 340,000 fans have visited Anfield to experience the stadium tour and visit the museum over the past 12 months, with 21,000 heading to the Kop Bar in June 2019 to see the club’s sixth European Cup. This marks LFC’s highest ever year-on-year growth of annual visitors – up from 173,000 since the launch of the free-flow tours in 2017.

Anfield also scored 92 per cent during its recent Visit England inspection, an increase of six per cent on the last assessment two years ago.

Interactive and immersive, the Anfield experience gives supporters unprecedented access to rarely-seen areas of the iconic stadium, including the home and away team dressing rooms and the players’ tunnel.

Paul Cuttill, vice president of stadium operations at LFC, said: “We’re absolutely delighted to have been given this award by Get Your Guide in recognition of the experience we provide for our fans.

“It’s particularly special to have been nominated due to the exceptionally high customer feedback we’ve received – our supporters are at the heart of everything we do, so it’s really pleasing to know how much they have enjoyed the Anfield experience.

“We’ve had a fantastic 12 months at the stadium, with record numbers of people visiting Anfield and, of course, the Champions League trophy coming home again. This award is the icing on the cake of a very special year for us.”

For more information or to book a stadium tour, visit www.liverpoolfc.com/tours.