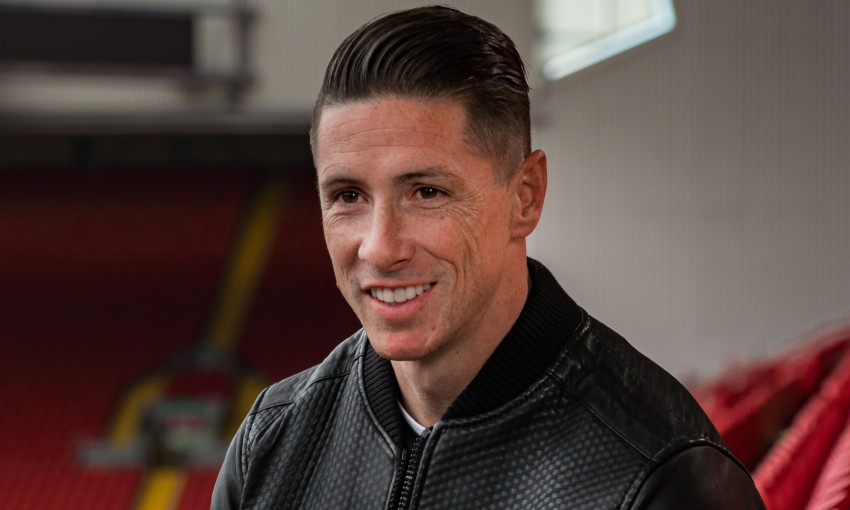 The Spaniard, who scored 81 goals in 142 appearances for the club, will represent the Reds for the first time since leaving back in 2011, as Liverpool FC Legends face Barça Legends on March 28, 2020.

All proceeds raised by the fixture will go to LFC Foundation, which creates life-changing opportunities for children and young people, from which a donation will also be made to Barça Foundation.

Torres will be joined on the Anfield turf by the likes of Fabio Aurelio, Patrik Berger, Jose Enrique and Luis Garcia, with Patrick Kluivert and Javier Saviola among the players confirmed as part of the opposition.

Scoring again at a stadium where he shined so brightly is, naturally, a top target for Torres.

“I received many invitations from Liverpool to play with them in the past but I couldn’t do it because I was still playing. So, I’ll be so happy to come back and play in a Liverpool shirt again.”

Torres participated in the all-star charity game held at Anfield in March 2015 and it proved a redemptive occasion for his relationship with Reds fans.

And the 35-year-old would relish hearing a rendition of his much-loved Liverpool song when he returns for the clash with Barcelona’s greats.

“That song has been the soundtrack of my career for many years,” he said.

“I still feel something special when I hear it. It happened in 2015 when I came [back]. It made me feel happy because I know how important the relationship is between players and fans.

“I felt so proud from the first day here. I know some of the best strikers in history played for Liverpool at Anfield, so these [fans] saw many good players. So it’s a privilege for them to make a song for me.

“I remembered to listen to that song many times when I played at home and away. To listen to it for one more time will be special again.”

Visit Liverpoolfc.com on Tuesday for an extended interview with Torres on his time with the Reds, supporting the club from afar and celebrating the Champions League win in June.