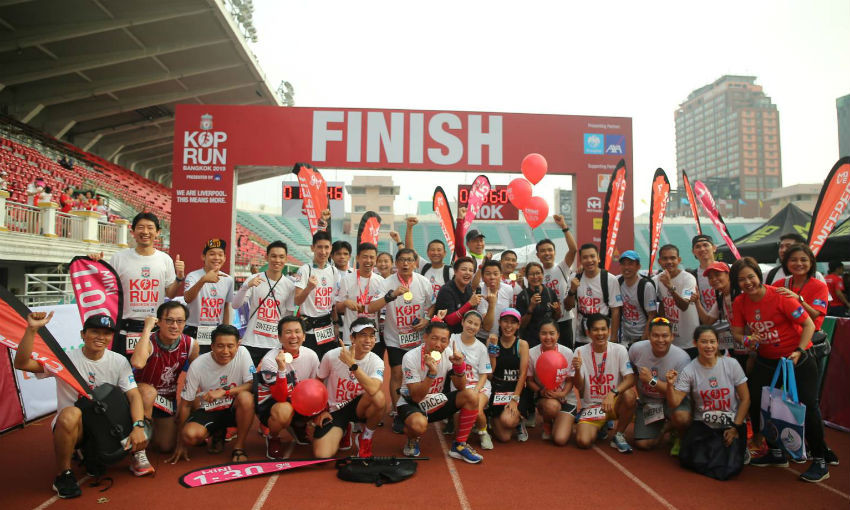 More than 8,500 Liverpool fans came together to take part in the Kop Run Bangkok 2019 presented by AXA.

The run was hosted by LFC, with its partners AXA, Chaokoh, NH Foods, MG and Western Union also supporting the event.

Supporters had the choice of taking part in a 10km run and a 5k fun run at the Supachalasai national stadium, Bangkok. Among them was former Reds defender Phil Babb, who ran the 5km race.

Babb said: “I really enjoyed taking part in the Kop Run - the atmosphere was brilliant!

“It’s great to see so many LFC fans come together - it shows how big the support is for the club in Thailand. I’d like to thank all the fans for joining us and making this a really special event.”

Check out a gallery of images of the Kop Run Bangkok 2019 below.