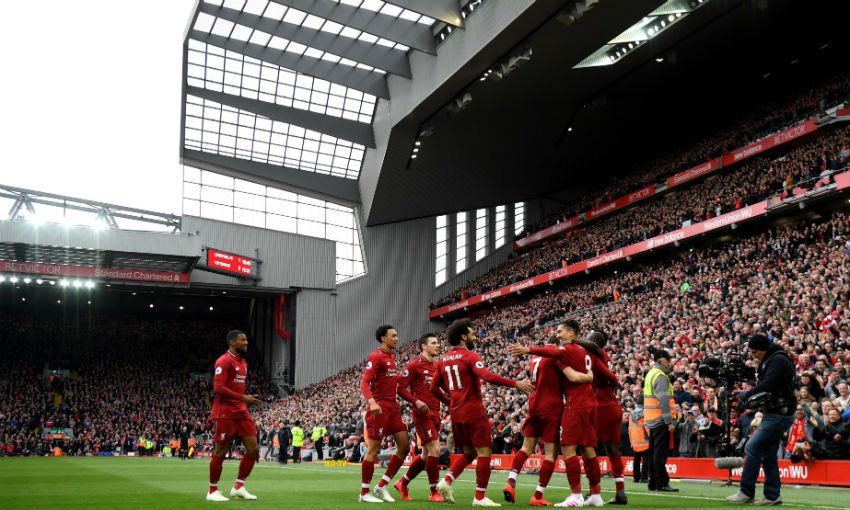 Cycle to Anfield on a matchday

Ahead of the Reds' Premier League opener against Norwich City on Friday evening, LFC has confirmed how supporters inside Anfield will be informed about VAR (Video Assistant Referees) reviews and decisions taken by the match officials.

The new football season will see the introduction of VAR in all games right across the Premier League following a unanimous vote by clubs in November 2018.

VAR communications at Anfield will be made via a combination of announcements over the public address system and written messages on the two electronic scoreboards. A dedicated stadium announcer and scoreboard operator will be situated in Anfield’s control room and they will have access to the live VAR information feed.

In the event of the referee indicating a VAR review, the operator will replicate the exact wording of the VAR information feed onto the scoreboard, alongside a simultaneous announcement over the PA system, as soon as information has been released from the Premier League Match Centre in Stockley Park, West London.

Fans watching on television will be updated with the same messaging via the host broadcaster’s feed.

In line with its philosophy of 'minimum interference - maximum benefit', VAR will only be used for clear and obvious errors or serious missed incidents in four match-changing situations:

There will be a high bar for VAR intervention to maintain the pace and intensity of Premier League matches, and VAR reviews will only be communicated to fans in the stadium and on the TV match feed when there is a delay in play caused by VAR, or an overturned decision. This will minimise the VAR disruption to the match, while keeping supporters informed.

VAR will automatically check incidents relating to the four match-changing situations and the final decision will always be taken by the on-field referee. Play will continue until the next stoppage, at which point the referee will cease the continuation of play until a decision has been reached.

Extensive testing preceded the full rollout of VAR, with the process being used last season in the Carabao Cup, Emirates FA Cup and UEFA Champions League.

During those trial games - which took place over an 18-month period - VAR only intervened an average of once every five matches, so the impact on the flow of the game is expected to be minimal.