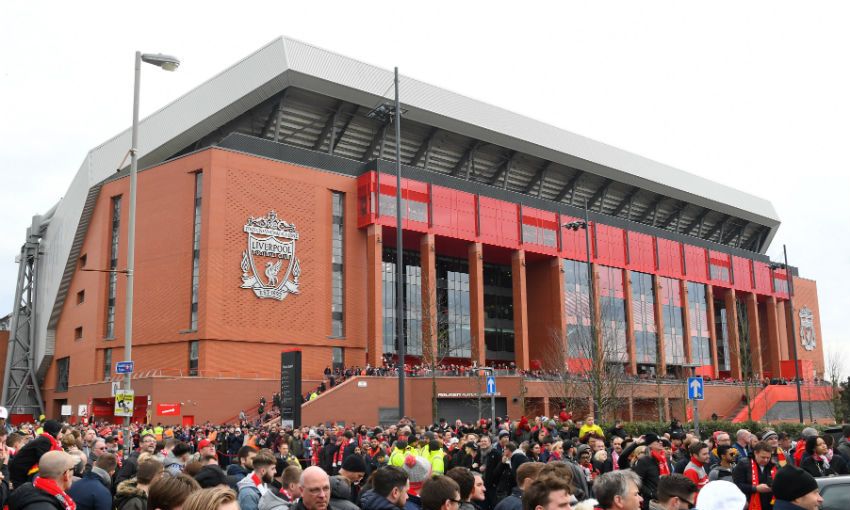 Fans are being encouraged to plan how they will travel to and from Anfield this season as Liverpool get ready to kick-off their 2019-20 campaign.

Liverpool FC, Merseytravel and local transport operators are continuing to work together to help make matchday travel more convenient for supporters heading to Anfield this season.

Fans are encouraged to use public transport on a matchday which the easiest and most efficient way to travel to the game.

Here are the quickest and most convenient ways to travel to Anfield in 2019-20: 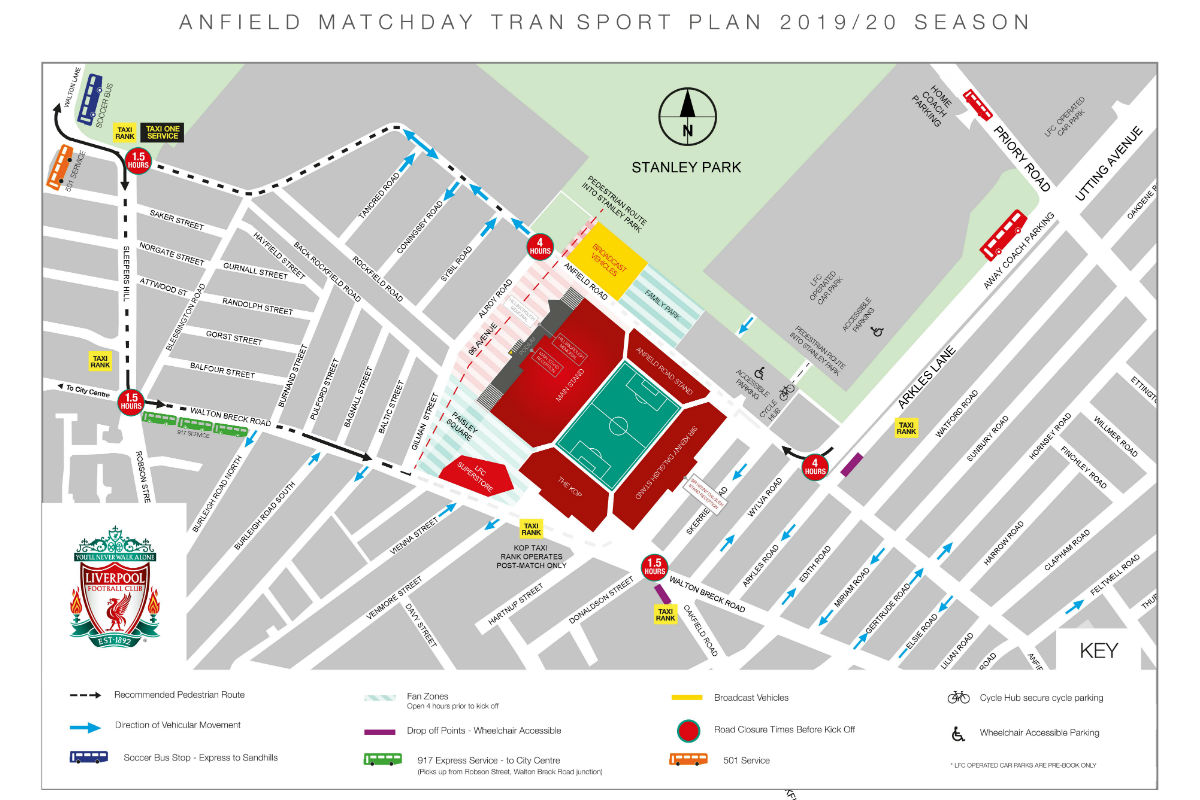 Buses are fast frequent and convenient with express services that will get you to and from Anfield and Liverpool city centre in around 15 minutes.

Fans can catch the 917 express bus service which will run direct from Lime Street/St Georges Plateau to Anfield every 10 minutes. There is a discounted group ticket price of £12 for up to four adults.

The Soccerbus runs from Sandhills Station, on the Merseyrail Northern Line, to Anfield. The service will run from three hours before kick-off dropping supporters off on Walton Lane near the junction of Anfield Road (Goodison bound). The service will be in operation for 90 minutes after each game.

All Merseytravel’s suite of tickets Solo, Trio, MyTicket, Saveaway are valid on both services.

Soccerbus tickets can now be bought at any UK rail station by asking for a 'plus Anfield/Goodison' ticket.

The 501 service (Peoplesbus) is also available and operates direct to Lime Street Station (Skelhorne Street) from Walton Breck Road for up to two hours after the final whistle. Adult fares are £2.30 and children's are £1.30. Please note this service only operates post-match. The 502 Service also operates two journeys from Anfield after each home game to Lime Street Station.

The 502 service is a post-match service only. It will depart from Walton Breck Road to Lime Street via Oakfield Road.

Fans can take the express 917 bus service or from Lime Street/St George’s Plateau or a taxi from the station to the stadium (fares usually cost between £7-£9).

On matchdays fans can also use the Merseyrail network to link with the Soccerbus service from Sandhills Station which operates direct to the stadium.

Designated taxi ranks are available outside the stadium and on major routes, making it easier to get home after the final whistle.

There is very limited parking available at the stadium. We strongly advise where possible that fans use public transport to travel to Anfield and use the express bus services provided from Liverpool city centre.

If you are unable to pre-book a space in one of the official car parks, there are a number of city centre pay and display car parks that operate 24/7.

Please be aware that Anfield stadium is located in a residential area with a residents parking scheme in operation. Please DO NOT park on residential streets as parking enforcement will be in operation during concerts and major events. Any illegally parked cars will incur a fine.

Walking routes are signposted from Liverpool Lime Street and nearby Sandhills and Kirkdale stations to assist fans who travel to the game using local rail services.

Liverpool FC offers a FREE Cycle Hub that allows fans who wish to cycle to and from Anfield to drop-off and park their bike safely and securely with an attendant.

The Cycle Hub is situated in Utting Avenue Car Park, a few minutes’ walk from the Anfield Road end of the stadium. Simply ride to the Cycle Hub, where staff will register and secure your bike.

Why not combine the train and cycling? Merseyrail allows cycles. Get the train to nearby Sandhills and Kirkdale Stations and take advantage of the Cycle Hub in Anfield Road Car Park.

Fans are encouraged to avoid the crowds and get to Anfield early to enjoy Anfield’s Fan Zones. The Fan Zones located in Paisley Square and Anfield Road are open four hours before kick-off and are ideal for supporters to meet before the game and soak up Anfield’s unique atmosphere.

For more advice on travelling to Anfield please click here.