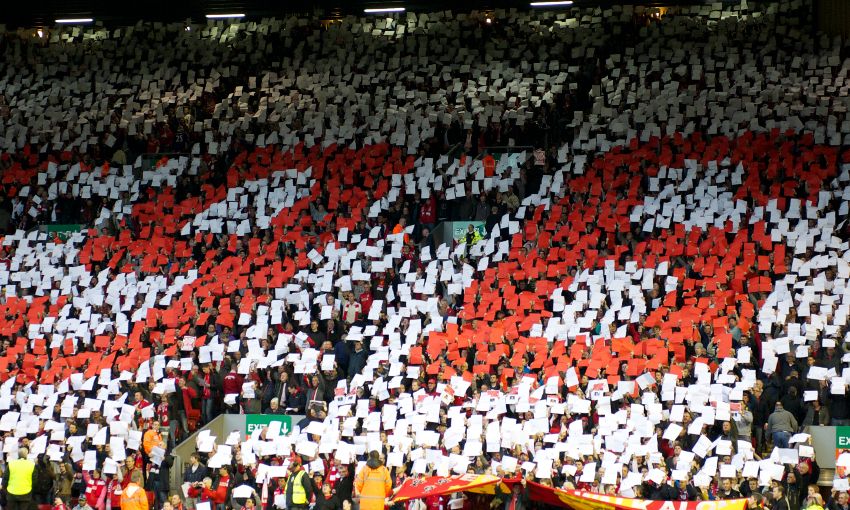 Volunteers are wanted to help lay out a mosaic in commemoration of the anniversary of the Hillsborough disaster ahead of next Sunday's match against Chelsea at Anfield.

The Premier League meeting with the Londoners is Liverpool's closest home fixture to the anniversary of the tragedy of April 15, 1989, in which 96 supporters lost their lives.

Fans interested in helping lay out a mosaic in memory of the 96 - to be displayed before the game - on Saturday morning should contact Andy Knott by emailing akraotl@aol.com.