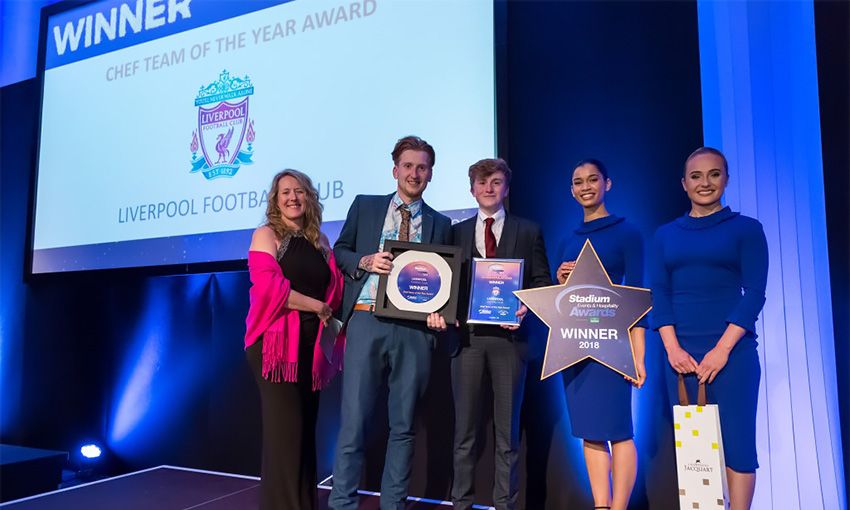 Liverpool FC won Chef Team of the Year at the Stadium Events and Hospitality Awards held at the Amex Stadium in Brighton last week.

The award was judged by Salon Culinaire chefs as part of a live kitchen event which took place at the Hospitality Show at London's ExCel centre in March.

Chef teams had one hour to prepare, cook and present a three-course menu suitable for their club chairman to entertain the head of the FA or RFU.

The Reds culinary team were pitted against numerous football and rugby clubs and claimed the Gold award ahead of Everton FC and Reading FC, who took home the Silver and Bronze awards respectively.

Chris Marshall, executive head chef at Anfield, said: “We’re delighted to win this award and be recognised for the hard work, dedication and talent that goes in to creating the excellent dining experience we offer at Anfield.

“I am extremely proud of the chefs who competed in the live kitchen event, as well as the rest of the 200-strong team who produce exceptional food for over 7,500 guests each year across our hospitality suites.”