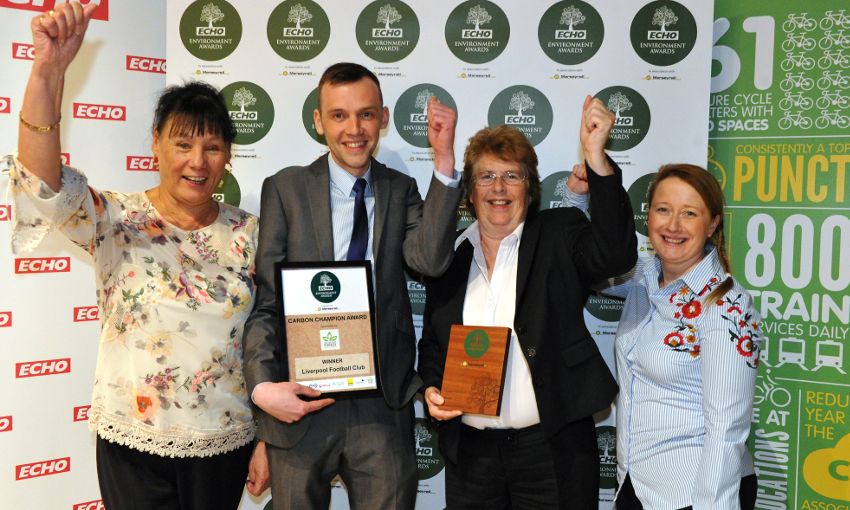 Guidance from police for fans travelling to Rome

The club was named Carbon Champion of the Year after its successful environmental initiative, Reds Going Green, continued to make positive changes to the club's energy consumption culture.

Reds Going Green, which was created in 2012 and relaunched last year, has vastly improved the club's energy efficiency and pledges an ongoing commitment to reducing carbon emissions to both the local community and LFC’s 1.2 million annual visitors.

To help with the control and reduction of environmental impacts - and to promote good practice amongst staff - a Reds Going Green delivery team was formed, consisting of 12 'department champions' from across the club.

Five key objectives were identified as part of the most recent Reds Going Green campaign, including to reduce annual energy and carbon emissions by 10 per cent to reach a 15 per cent reduction in waste and to increase recycling by 20 per cent.

The club will also aim to develop wider transport and sustainability programmes, develop an energy management system for all sites and has set a three-year target to ensure its electricity usage is brought below the CRC threshold.

To date, Reds Going Green has achieved a carbon reduction of 782 tonnes per year (equivalent to the energy produced by 156 homes), has significantly reduced the use of plastic in its hospitality areas by over 99 per cent, and has implemented a 98 per cent landfill-free waste programme.