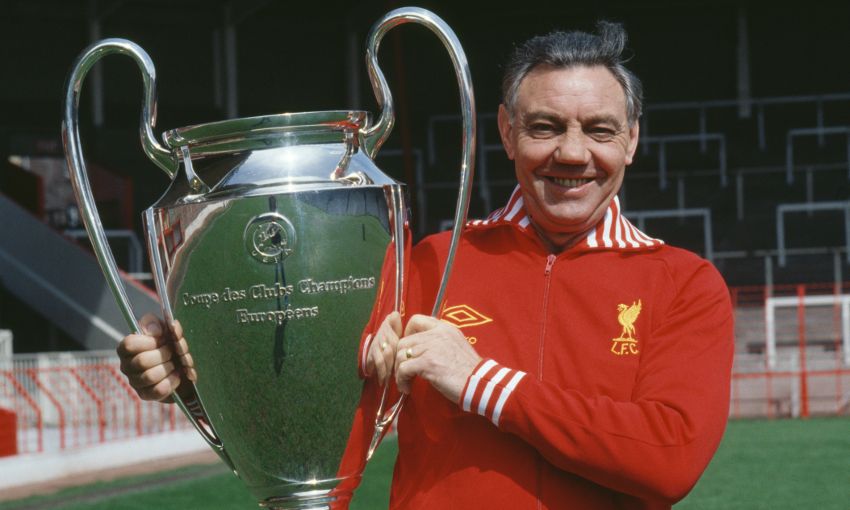 Liverpool legend Joe Fagan was born on this day in 1921.

Fagan – a founding member of the Reds' iconic Bootroom – managed the club for 131 games between 1983 and 1985, winning a treble of league, European Cup and League Cup in his first campaign at the helm.

A quiet and effective worker behind the scenes, Joe's succession to the Anfield throne was the logical step after he had risen through the ranks under Bob Paisley after Bill Shankly resigned back in 1974.

On July 1, 1983 - a month after Paisley stepped down - 'Smokin' Joe' continued the Bootroom tradition by taking up the reins as boss.

Within a year, he had won Liverpool's 15th league title, a fourth consecutive League Cup and the club's fourth European Cup in Rome.

It was almost inevitable that the successor to Paisley's reign as Reds boss would come from within the confines of the club's famous Bootroom.

It was an evolution that had served Liverpool so well when Shanks handed over the reins to Paisley and it would continue to do so under the leadership of Fagan.

Following Paisley and the impressive range of trophies secured under his tenure was never going to be an easy task. But it was a challenge Fagan more than rose to.

Under him, the Reds played with a cool, calculating efficiency, with every part functioning in balance and harmony.

However, Fagan retired from his post and the game in 1985 in the aftermath of the Heysel stadium disaster.

In his later years he would often show up at Melwood and offer advice to a fellow Bootroom graduate, Roy Evans, who always had time to listen to the words of wisdom Fagan had to offer.

Joe will forever be remembered as a legendary Reds manager and a true Bootroom great.