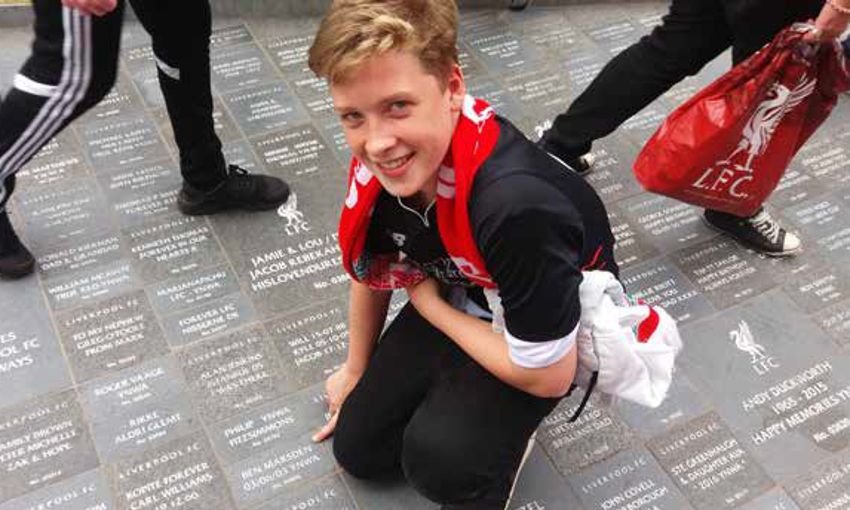 Sunday's edition of the matchday programme is extra special – as its distinctive cover for the clash with Manchester City was designed by a young Liverpool fan.

It was, perhaps, fate. Ben’s uncle, Andy, is an avid collector of LFC matchday programmes and boasts an incredible collection of more than 4,000 from as far back as 1945.

“He suggested that I enter the competition because he wanted me to sign a copy if I won – so he had something unique!” the delighted teenager explained.

“The hardest bit was then to think of something original and a bit different. Originally I thought about James Milner and Raheem Sterling as they went from City to Liverpool and vice-versa.

“Then I realised that Jürgen Klopp and Pep Guardiola had managed against each other with Borussia Dortmund and Bayern Munich and I decided to put them together. I created different layouts and backgrounds to make the design work.” 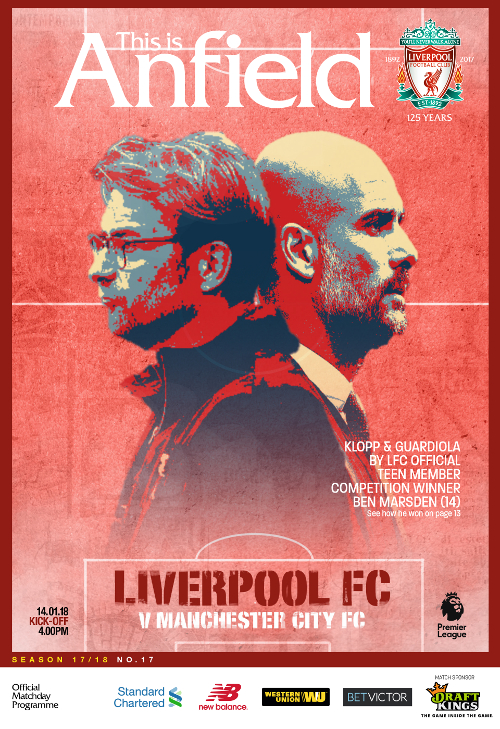 The cover will be seen throughout the stadium as fans, home and visiting, browse the programme before the action gets under way in the Premier League encounter.

“When I found out I won the competition I was surprised and very, very happy,” said Ben, who will also receive a framed version of his design.

“My dad read out the email and I was so excited at the prospect of thousands of people holding a matchday programme with a cover that I had designed.”

For your chance to win once-in-a-lifetime opportunities like Ben’s, join LFC Official Membership now. Already a Member? Look out for the latest competitions and offers at the Members Area.