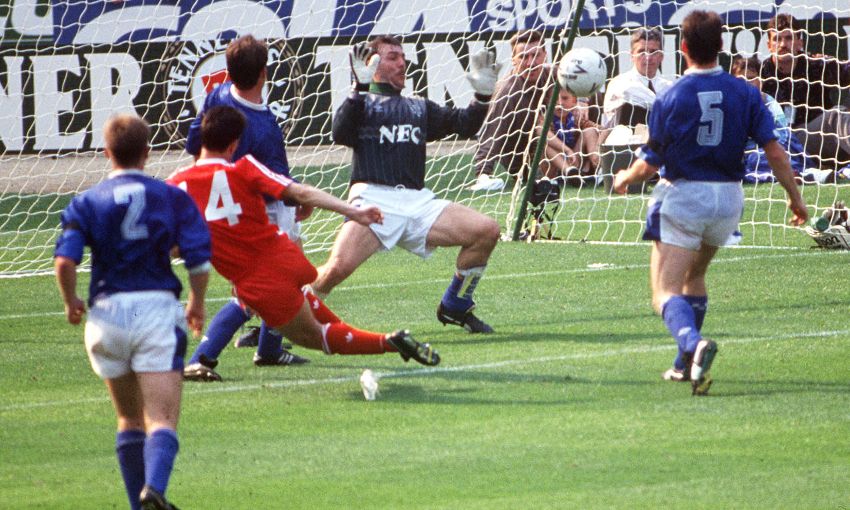 Just weeks after the tragic events of the Hillsborough disaster, Liverpool and Everton met in an emotionally-charged and poignant all-Merseyside FA Cup final at Wembley.

There had been doubts about whether the Reds would continue in the competition following the terrible events that occurred during the semi-final against Nottingham Forest at Hillsborough, which resulted in 96 fans losing their lives.

But the feeling was that the city wanted Liverpool to go on.

Kenny Dalglish's side beat Forest 3-1 in the replay at Old Trafford and an FA Cup final against Everton awaited.

On an incredible day, Gerry Marsden was on the pitch pre-game to sing a spine-tingling, emotional version of You'll Never Walk Alone.

When the match got under way, John Aldridge scored after four minutes, his first ever strike in a red shirt against the Blues, and Liverpool dominated. But with a victory one minute away, Everton substitute Stuart McCall smashed home a loose ball in the box to force extra-time.

And then came the goals. Ian Rush, on for Aldridge, spun and finished past Southall, McCall responded with a volley to make it 2-2 and then Rush contorted his body to head the winner from Barnes' left-wing cross. The Welsh goalscorer supreme had repeated his feat of 1986 by scoring twice against the Blues in the FA Cup final.

The Reds had won. It was a victory that extended far beyond the FA Cup final.

"This game has meant more to me than any other game in which I've been involved," said Dalglish. "It was an emotional experience, one that gave me a deep sense of happiness."