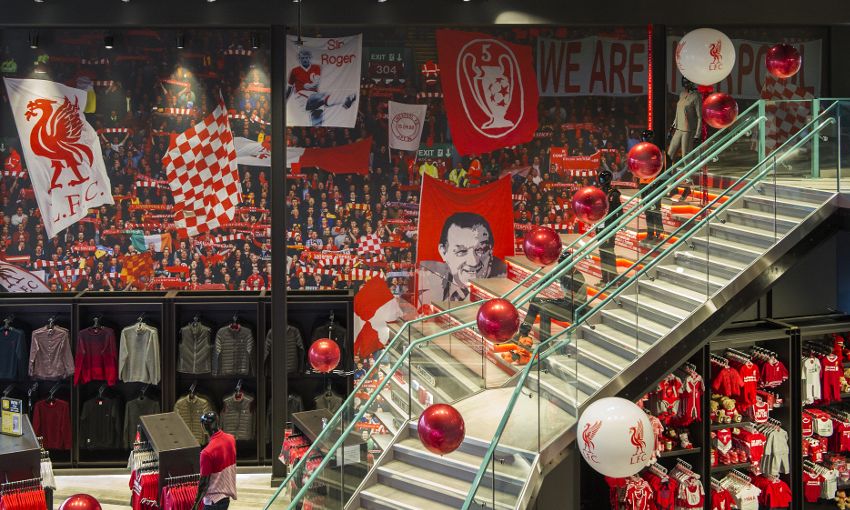 See the new Anfield superstore as never before with a 360-degree tour of the 19,500 square-foot site at the Liverpool stadium.

The revamped LFC Retail outlet opened to the public last month with a vast array of improvements, including more till points, additional payment methods, 20 shirt printing machines and exclusive Reds products to come throughout the year.

With a colour scheme that takes inspiration from Anfield and design references from the original and current Kop as well as the expanded Main Stand, the store also features a fan activation space, VIP area and first-floor café.

To mark its launch in August, Liverpool legend Phil Thompson conducted a special tour inside the new building – which we filmed using 360-degree technology.

So you can follow the former Reds captain on his journey around the store, and shift the camera to explore from various angles, via the YouTube video below…