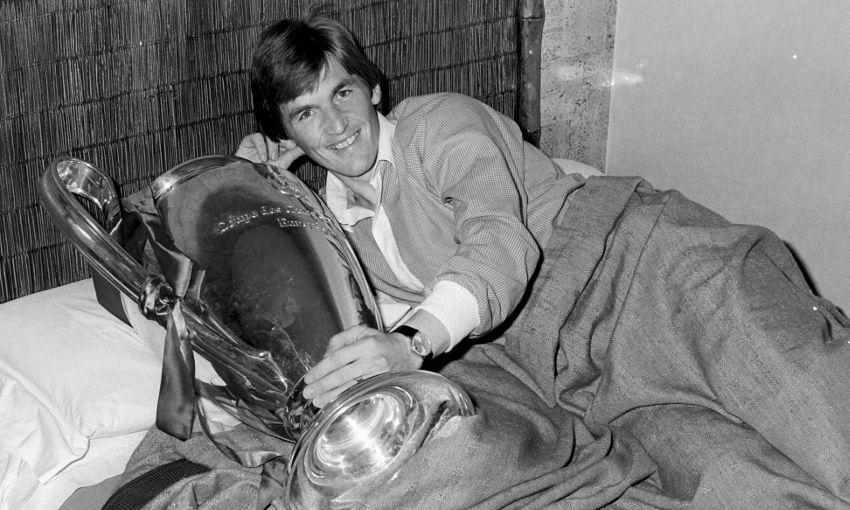 After Liverpool FC today announced plans to rename the Centenary Stand at Anfield as The Kenny Dalglish Stand, we take a look back over the legendary Scot's near-four-decade love affair with the club…

Aged 15, the fair-haired youngster travelled down from Glasgow for a trial at Anfield in front of the legendary Bill Shankly, though he would return north of the border to begin the early stages of a glittering professional career with Celtic.

When he finally did join in August 1977, it was hard to see how Bob Paisley's side could top their first European Cup triumph of the previous season. But, with the highly influential Dalglish in the team, the next 13 years brought untold riches.

Unlike many Liverpool signings of the era, the Scotland international was already a household name when he made the switch from Parkhead to Anfield. His deeds in the green and white hoops of Celtic had made him one of the most sought-after figures in British football and it required a record £440,000 fee to secure his services.

Dalglish was brought in to replace Kop idol Kevin Keegan, who'd moved to Hamburg earlier that summer, though any fears he couldn't fill those illustrious boots were quickly laid to rest.

The Glasgow-born forward found the net seven minutes into his league debut against Middlesbrough at Ayresome Park, and followed that with a goal on his first appearance in front of the Kop as Newcastle were beaten 2-0. 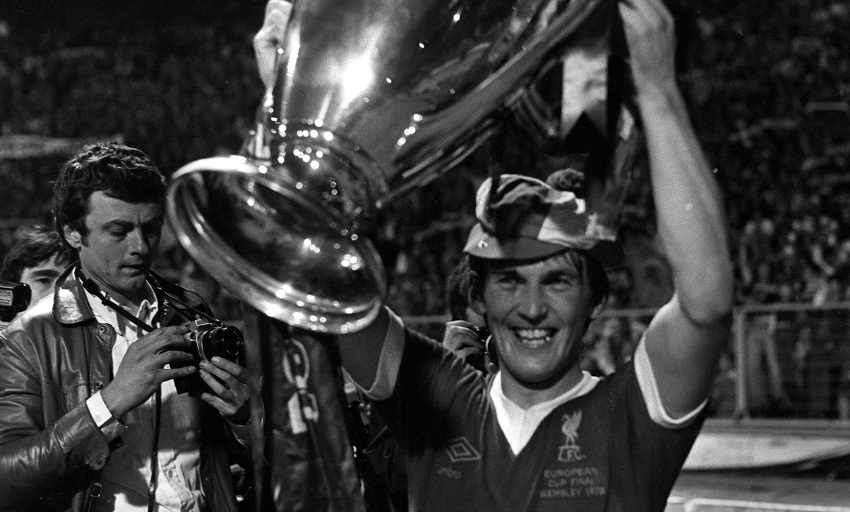 Dalglish slipped seamlessly into Paisley's all-conquering red machine and the new King of the Kop crowned his first season by topping the club's goalscoring charts. The most memorable of his 31 strikes came in the 1978 European Cup final against FC Bruges at Wembley, a delicate dink over the 'keeper that clinched a 1-0 victory.

The move south increased his profile dramatically, though Dalglish was never one to seek the limelight and remained typically modest despite his new-found superstar status.

In 1979, his talent was recognised by the football writers of England, who voted the canny Scotsman their Footballer of the Year. The award was just desserts for a player whose every touch made Kopites purr with delight.

A selfless team player who brought others into play, Dalglish was an on-the-field visionary who could spot openings that few, if any, of his contemporaries could see.

David Johnson was the first grateful recipient of this in the late seventies but it was The King's strike partnership with Ian Rush that was to fire the Reds to greater glory during the eighties.

The club may have had a new chief goalscorer, but Dalglish remained the man pulling all the strings. If assists were recorded back then, he'd have been the first name on everyone's Fantasy Football teamsheet.

A double Footballer of the Year in 1983, he was without doubt the finest British-born player of his generation and was rightly spoken about in the same breath as Maradona, Zico, Platini and Rummenigge. 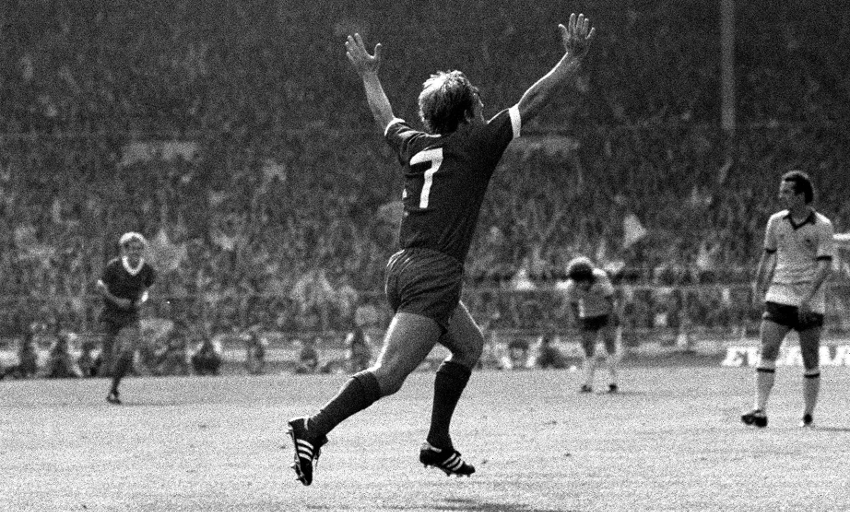 With the ball at his feet, he was a pure genius - a contention backed up by footage of just about every one of his 172 Liverpool goals. There's the aforementioned European Cup winner, his sublime curlers at Highbury, Portman Road and Goodison, a mazy dribble through the Man United defence at Maine Road, his stretching volley in the League Cup final versus West Ham and title clinchers against Tottenham and Chelsea.

Everyone has their own particular favourite but the one common denominator in all the above was the famous Kenny celebration: a quick turn with arms aloft and a beaming smile that would have lit up even the murkiest Mersey sky.

The Kop hero-worshipped him like no other. Dalglish was the first name they sang and many a bed sheet was converted into a homemade banner paying homage.

In the aftermath of the Heysel Stadium disaster, the playmaker was a surprising but popular appointment as player/manager.

Fears his new role would result in more time on the touchline and less on the pitch were initially unfounded. It was on his return to the side during the 1985-86 run-in that Liverpool embarked on a winning streak that would see them clinch a coveted league and FA Cup double. How fitting it was at Stamford Bridge when Dalglish 'the player' scored the goal that secured the title.

Inevitably, his appearances became fewer and fewer over the next couple of years but there was still the odd flash of brilliance as the master sought to teach his apprentices.

What Dalglish went on to achieve as Liverpool manager cemented his legendary status. 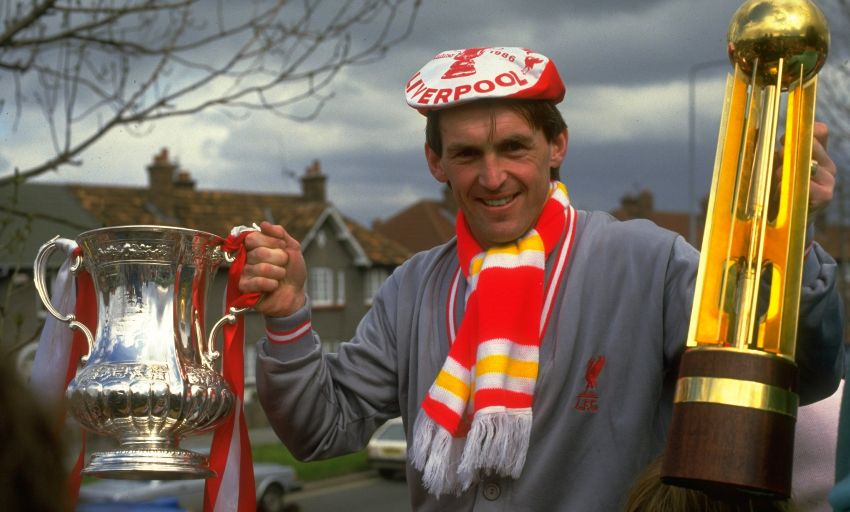 It was during 1989 that Dalglish adopted a leadership role in the aftermath of the Hillsborough disaster, providing support to the relatives of those who lost their lives in the tragedy, which continues to this very day from both he and his family.

His resignation from managerial duties in 1991 came as a shock, but more than 18 years later, The King was emotionally reunited with the Reds when he accepted a role at the Academy in 2009.

As well as aiding the development of Liverpool's stars of the future, Dalglish also worked in an ambassadorial role helping develop the commercial side of the business around the globe.

But in January 2011, at the age of 59, he was positioned back at the Anfield helm by new owners Fenway Sports Group - almost two decades after his resignation - assuming an interim position as Reds boss following the departure of Roy Hodgson by mutual consent.

Liverpool had endured a difficult campaign until that point, but Dalglish's impact was an instant one as the team quickly ascended from the lower reaches of the table into the top half.

The Reds were once again playing with a confidence and belief - as demonstrated by their outstanding showing in a 3-1 Anfield victory over Manchester United in March - and just under four months after being appointed until the end of the season, Dalglish and his assistant Steve Clarke were handed permanent three-year deals.

Ultimately, Liverpool would narrowly miss out on Europa League qualification on the final day of the campaign as they finished in sixth place, but the progress made both on and off the pitch since the turn of the year was clear for all to see.

However, despite a series of impressive displays in the league, Liverpool were unable to turn performances into results and finished the campaign in eighth position the following term. 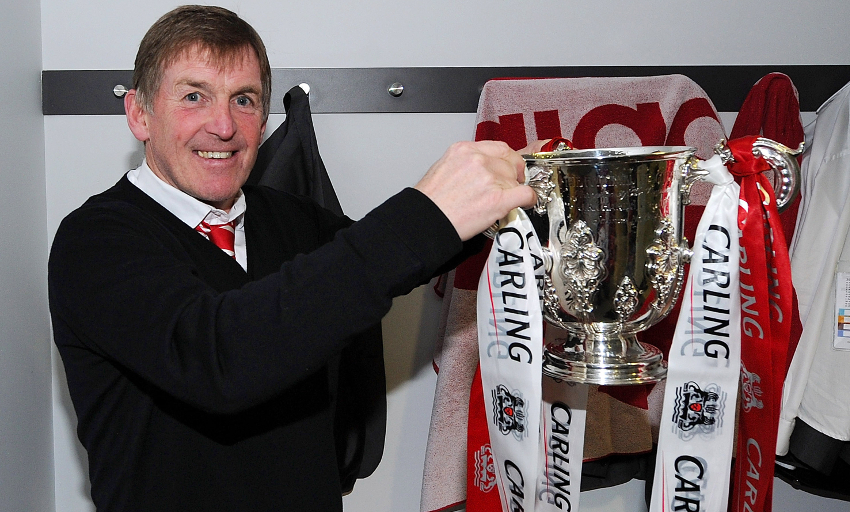 The team had no such problems in the cup competitions, though, as Dalglish steered his side to a Carling Cup success over Cardiff City at Wembley, ending the club's six-year wait for silverware and securing a return to European football for 2012-13.

The Reds also reached the FA Cup final, where they narrowly lost out to Chelsea; however, Dalglish departed Anfield on May 16, 2012 - just under 46 years since he first pitched up for his trial. What he went on to accomplish as both a player and manager for Liverpool Football Club may never be matched again.

But that wasn't the end of Dalglish's Liverpool love affair and he returned home in the position of non-executive director in October 2013.

Now Dalglish's name will have a permanent legacy at Anfield, with the Centenary Stand being renamed in his honour - and in recognition of the special status he holds, not just at the club but within the city of Liverpool itself.