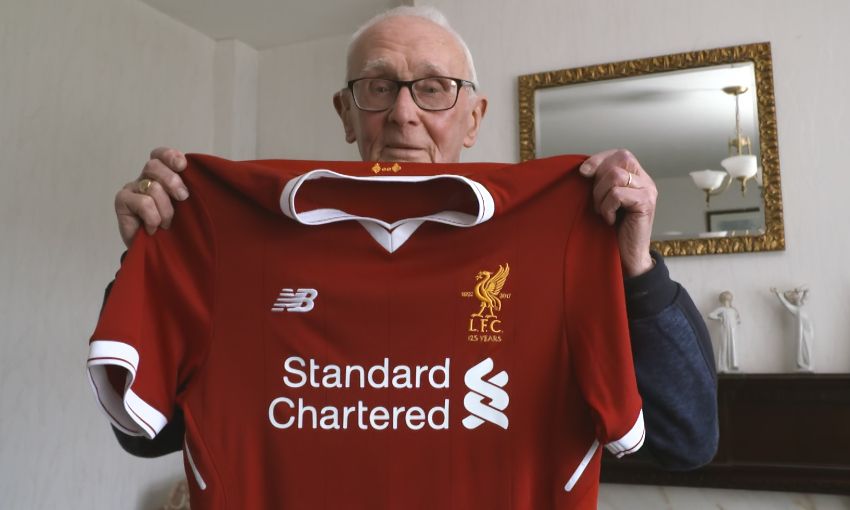 Four fans who embody what it means to be Pure Liverpool FC were given surprise visits by Reds players past and present to mark the launch of the 125th anniversary home kit for 2017-18.

The New Balance strip, which celebrates a milestone year in the club’s history and features a commemorative Liver bird crest embroidered on the shirt, was unveiled for the first time on Thursday morning.

But a quartet of loyal supporters recently enjoyed a sneak preview of the kit for next season before anyone else – courtesy of an unexpected visit from a familiar face from the club they love.

Current first-team players Philippe Coutinho, Jordan Henderson and Georginio Wijnaldum, and Reds legend Ian St John, surprised Andrew, Charlie, Max and Robbie with the new shirt as a reward for their commitment and passion for the Reds.

Find out more in the video below…