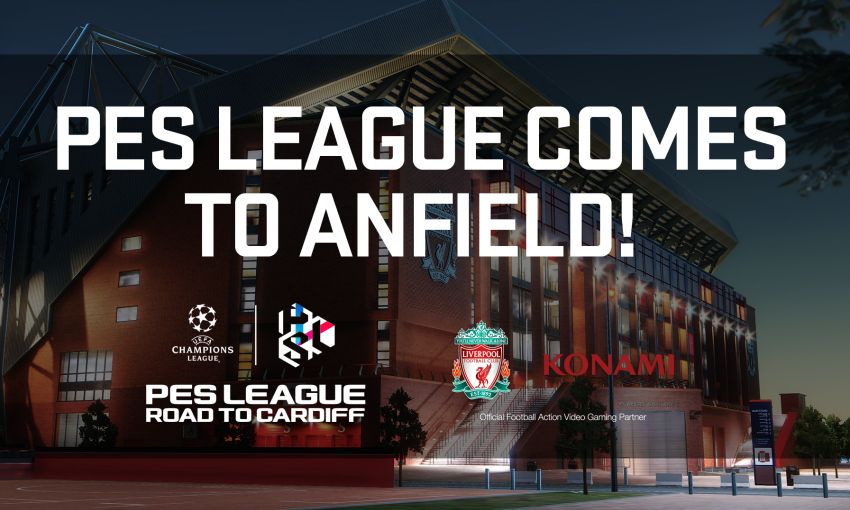 And this April will see 16 players from across the region gather at Anfield to secure a place in the 'PES League Road to Cardiff', the official UEFA Champions League eSports tournament.

Billy Hogan, chief commercial officer at LFC, said: “We are extremely proud to partner with Konami and are delighted they have selected Anfield as a venue for the official UEFA Champions League eSports tournament.

“We know many of our fans are active participants in e-sports and we look forward to welcoming them, and all the contestants, to Anfield. We wish all of the participants the best of luck.”

The first wave of European qualifying matches ended on January 5, and the second European season takes place between February 16 and March 16. Anfield will then play host to Europe's elite PES 2017 players, four of whom will advance to the world finals.

The four winners who claim victory at Anfield will join the other 12 finalists to compete at a gala event in June alongside the Champions League final in Cardiff, where they will have an eye on the incredible $200,000 first prize, with those in second and third place receiving $100,000 and $50,000 respectively.

Likewise, Anfield will prove a tense testing ground for the 16 participants. The winning player at the event will receive $20,000 as well as entry to the world finals.

“The Official PES League is proving extremely competitive, with thousands of entrants vying for a place in the finals which will be held alongside the UEFA Champions League final in Cardiff,” said Jonas Lygaard, senior director - brand and business development for Konami Digital Entertainment.

“We are delighted to announce that Anfield - one of the game's most recognisable stadiums - is to play host to the second 'PES League Road to Cardiff' European regional finals. The football on display will be of the highest quality, and Anfield is a most fitting venue for such an illustrious leg of the tournament.”

Full details and schedules of Konami's plans for the tournament can be found here.