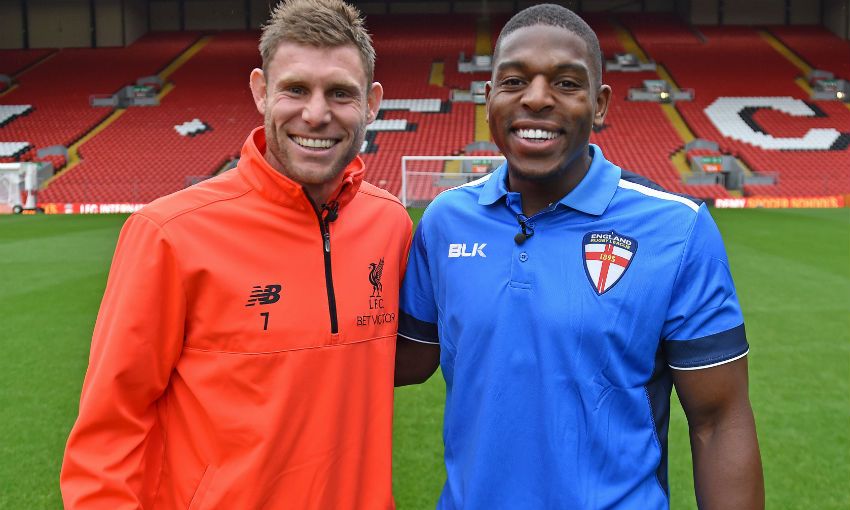 Jermaine McGillvary’s footballing allegiance means he has an added incentive to reach the final of the Four Nations at Anfield next month.

The England and Huddersfield Giants star revealed to James Milner that he’s a huge Liverpool fan while the Reds' vice-captain gave him a tour of the stadium, which will host the showpiece of the international rugby league tournament on Sunday November 20.

LFCTV GO: Watch Milner give McGillvary a tour of Anfield

“It’s quality, I just hope we can get to the final,” McGillvary told Milner.

“I’m a massive Liverpool fan. My only regret was not seeing Steven Gerrard play live, but I’m going to try and get to as many games as I can now.

“[The pitch] is immaculate. One of the best surfaces I’ve seen - more than worthy for a rugby league match, I just hope we don’t tear it up!”

To buy tickets for the final of the Four Nations, click here.