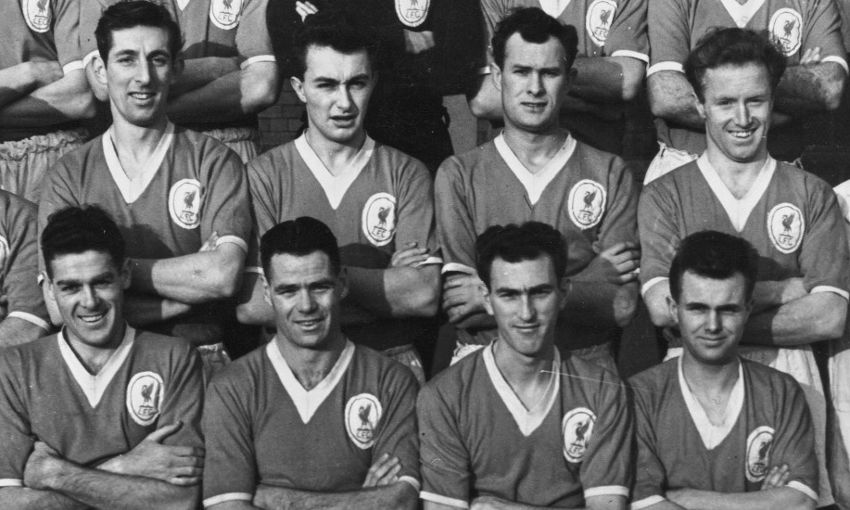 Liverpool Football Club was saddened to learn of the passing of former player Fred Perry, aged 82, on Monday.

The Cheltenham-born defender (back row, second left in the picture above) joined the club in the summer of 1954 and made a single appearance for the first team.

That came in a 2-1 defeat against Blackburn Rovers at Anfield on New Year’s Eve in 1955.

Either side of his two-and-a-half-year spell with the Reds, the right-back also played for Worthing and Sittingbourne at amateur level.

The thoughts of the club are with Fred’s family and friends at this time.