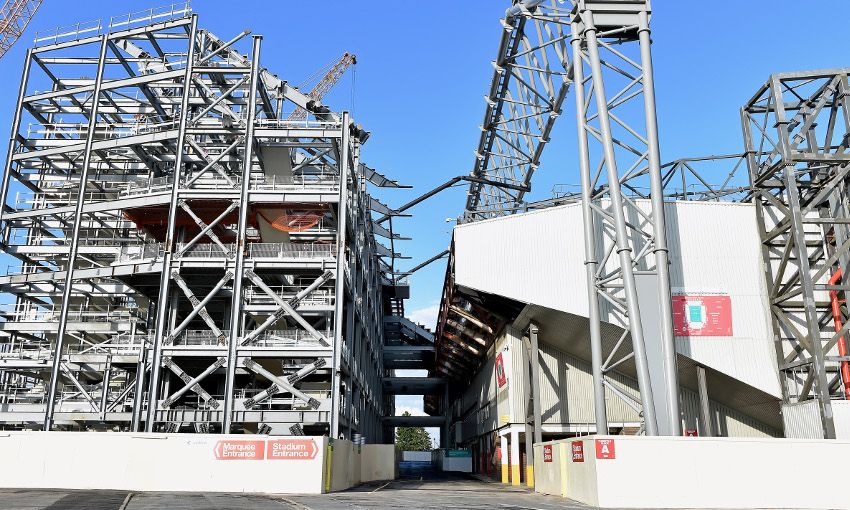 Fans attending this weekend’s game against Norwich can expect to see further progress on the expansion of the Main Stand as construction work continues in-between fixtures.

The latest phase of redevelopment work has reached another important milestone as the first connections between the Main Stand and its new steel structure are put in place.

Work to link the stand to its new frame, which has been built behind and over the existing stand, will continue over the next few months. The completed structure will later form the expanded Main Stand, one of the largest of its type in European football.

The Main Stand’s new middle tier has also taken shape since the last home game against West Ham, with the first sections of concrete terracing installed earlier this week.

The Main Stand expansion project remains on target for completion during the 2016-17 season.

To read more about the ongoing expansion project, click here.