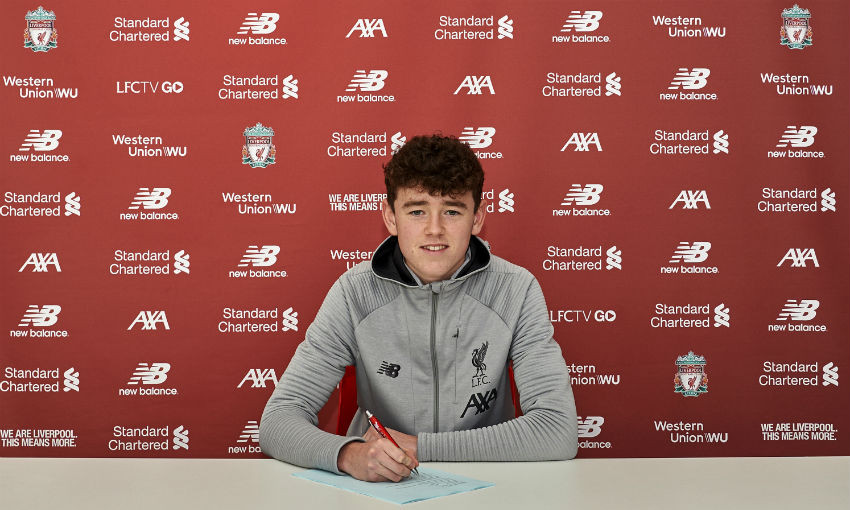 The 17-year-old has enjoyed a hugely progressive six months since making his U18s debut last August, marking the occasion with two goals against Blackburn Rovers.

An attacking midfielder from Formby, Hill has been at the club’s Academy since U6 level.

Well-timed runs into the box are a feature of his play and he has gone on to score eight goals at all levels so far this season.

After stepping up to play games with Neil Critchley’s U23 side, Hill’s rise continued in December when he made his senior debut for Liverpool in the Carabao Cup quarter-final at Aston Villa.

Tom Hill on LFC debut: 'It meant everything but there's a long way to go'