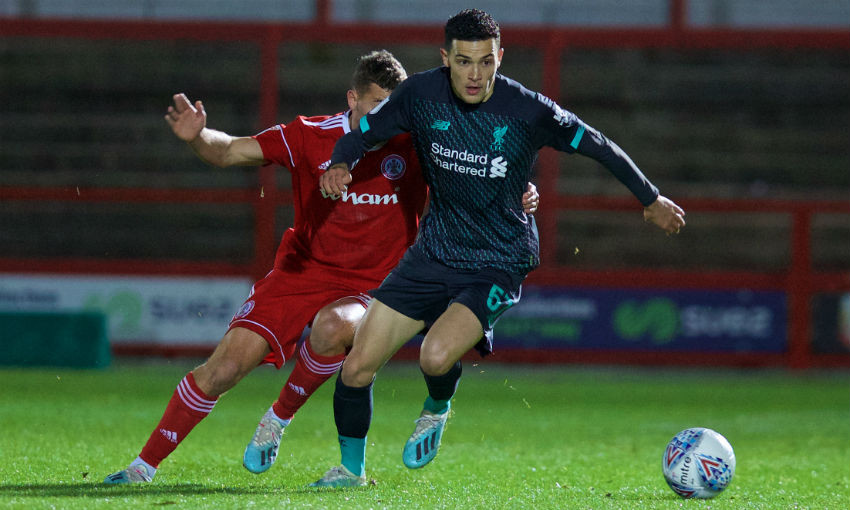 Liverpool U21s were eliminated from the Leasing.com Trophy after a 5-2 defeat at Accrington Stanley on Tuesday night.

The young Reds' maiden campaign in the competition ends in the group stages after amassing one point from three matches.

Elijah Dixon-Bonner gave Neil Critchley's side the lead at the Wham Stadium after eight minutes when he completed a well-worked counter-attack.

Layton Stewart pulled one back for Liverpool in the 77th minute to complete the scoring.

After an even opening to the affair, the Reds pounced on a lapse in concentration from the hosts. Jake Cain picked up possession after a loose Accrington free-kick and sent a ball into the channel for Stewart to chase.

Stewart latched onto it before crossing for Dal Varesanovic, who then unselfishly squared inside the box. And there was Dixon-Bonner, making a late run into the area to fire home for the visitors. 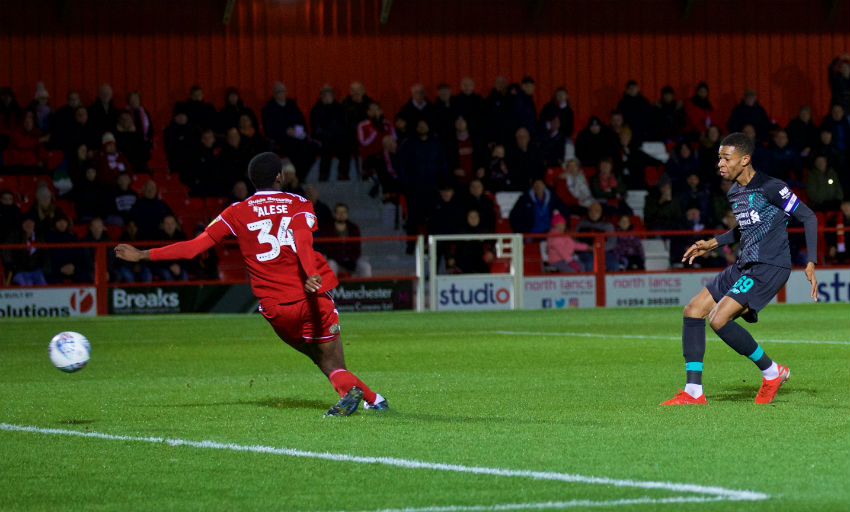 There was nearly a quick response, though, as Clark struck the post with a shot from outside the box.

John Coleman's side continued to apply the pressure. They had a goal ruled out for a foul on goalkeeper Ben Winterbottom before the eventual equaliser. The leveller arrived on the half-hour mark when centre-half Sykes headed in from a corner.

Clark was again frustrated by the woodwork as he saw his curler hit the bar and bounce clear towards the end of the first half. Accrington, however, would take the lead before the interval arrived.

Neat footwork from Joe Pritchard allowed Baker-Richardson to get a shot away at goal, which was saved by Winterbottom. But the rebound fell to Lamine Kaba Sherif, with his strike taking a deflection off Baker-Richardson en route to the back of the net. 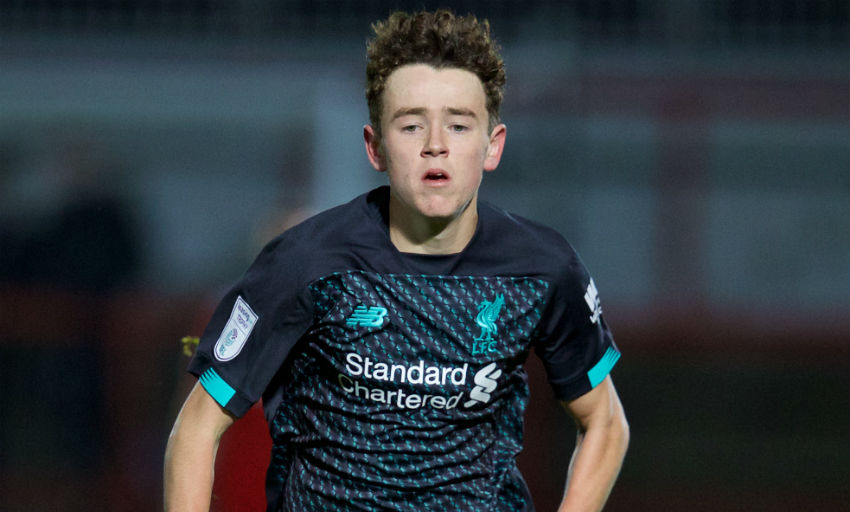 Two minutes later, though, and it was 3-1. Charles broke free through on goal before he went on to round Winterbottom and convert. Accrington then took command of a three-goal advantage just past the hour mark as Clark found the top corner with an unstoppable effort.

The hosts made it 5-1 when Jerome Opoku's cleared cross fell to substitute Simpson, whose shot into the ground looped over Winterbottom.

However, Liverpool continued to fight and reduced the deficit 13 minutes before time. Hill fed Stewart with a pass that allowed the striker to unleash a first-time shot beyond Bursik.

Match report: U21s edged out on penalties at Fleetwood Town