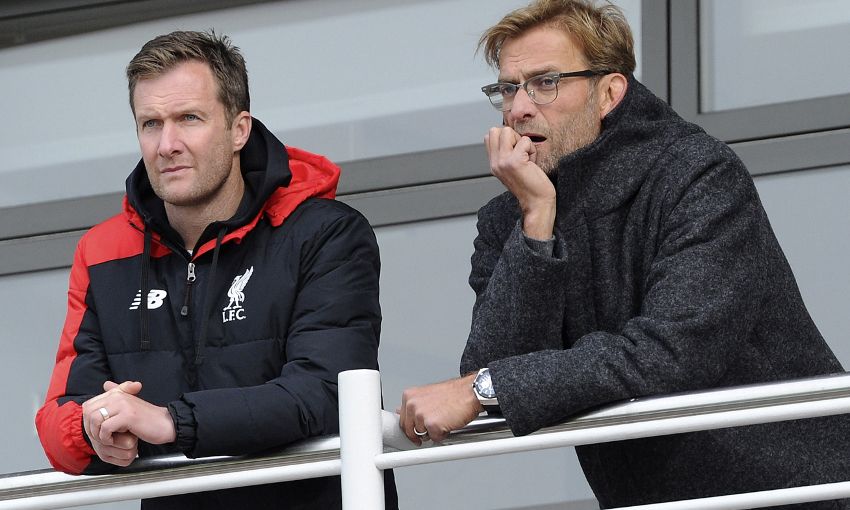 Alex Inglethorpe had 'absolutely no hesitation' about extending his stay with Liverpool because he believes all of the conditions are in place for young players to progress.

The Academy director, who has now been with the Reds for four years, committed his long-term future to the club by signing a new contract on Friday morning.

And in an interview with Liverpoolfc.com, Inglethorpe reflected on his delight with the news and discussed the philosophy in place between his base in Kirkby and Jürgen Klopp’s first team at Melwood.

How do you feel to have signed a new contract?

I feel very fortunate. I feel I’ve got the best youth job in football and I’m delighted, first and foremost, to be wanted by the club to stick around for a while longer. There was absolutely no hesitation from my part to commit for as long as they want me.

Does it illustrate the continuity and stability at the club?

I think I’ve been very, very fortunate to arrive at a club like Liverpool at a time when not only is the philosophy and vision from the owners very clear – and the support from the owners that I’ve had in particular has been incredible – but also from the first team, from Michael Edwards, from everybody. And the continuity as well from my staff at the Academy. I’m very lucky to work with an awful lot of very dedicated and very talented people.

Alex Inglethorpe on extending his stay with LFC

You and Jürgen Klopp must link well and believe a lot of the same things?

Our manager is a developer of talent, there is no question of that. He is outstanding at doing what he does. He is incredibly brave. He has a genuine belief; a lot of people talk about having belief in youth and giving youth their chance, but it’s one thing to talk about it and another thing to actually do it. We’re very fortunate to have a manager and his staff who all believe passionately about developing younger players. We’re really hoping those younger talents will come from the Academy, but if they don’t, we’ve seen with a number of signings that have come in at a young age that he has faith in his ability to develop those players into champions.

Is there a clear philosophy for the club that you both believe in?

I believe so, and I think the owners have got to take credit for that because it’s their philosophy too. They believe in hard work, integrity and young players coming in and being given an opportunity. Of course, it’s not just to be young – you’ve got to be good enough to win and win well with this club.