Lennon: It’s an honour for me to wear the red shirt

In our latest Academy column, we speak to U23s goalkeeping coach Mark Morris about the progress of young stoppers Kamil Grabara and Caoimhin Kelleher and the return to fitness of Shamal George.

It has been an excellent season so far for our young goalkeepers at the Academy but each and every one of them knows they are only as good as their last game. You never stop learning in football and for a goalkeeper they are under more scrutiny than any other position on the pitch because they are the last line of defence. Concentration at all times is the key and that is the message we always tell the goalkeepers.

This season so far in the U18s and U23s teams, we have seen Kamil Grabara and Caomhin Kelleher featuring regularly. Kamil and Caoimhin both worked really hard in pre-season and came back in a really good shape. They have both had regular chances to go up to Melwood and train alongside Loris Karius and Simon Mignolet with our first-team goalkeeping coach John Achterberg. We spoke with John at the start of the season and we rotate Kamil and Caoimhin going to Melwood. They are also getting their fair amount of game time in the U23s side, which is really important at their age as they are both only 17. Ideally both of the lads would have had a full season of playing U18s football on a regular basis first, but we feel potentially they are good enough to kick on now. They are both very young to be playing U23 football but they are progressing well, so long may it continue. 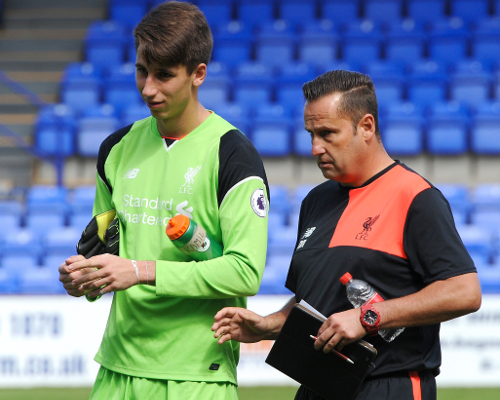 Kamil is a young goalkeeper we brought over from Poland. He has got a very good personality, he is very strong-willed and he has certainly got a presence about him around the penalty area. He handles himself very well and physically he is a good size. He suits the English style of football as well, which is one of the things we looked at when we first watched him in action. He does like to dominate his penalty area and come for crosses. When he first came through the door he didn’t realise how quick our game over here was but he has worked hard at his game and has adapted well. He is holding his own in the U23s and is doing quite well.

Many supporters may have noticed Kamil taking part in the warm-up recently at Anfield before our first-team games, with John, Loris and Simon. You can’t replace that experience and what he’s getting exposed to in warming up in front of a big crowd. Warming up in front of the Kop is very special. Kamil has got the personality to handle that, to be fair. He is very focused on his game, is very determined and loves to work hard on his game. So it’s great exposure for him and an ideal opportunity for him to get used to that environment. 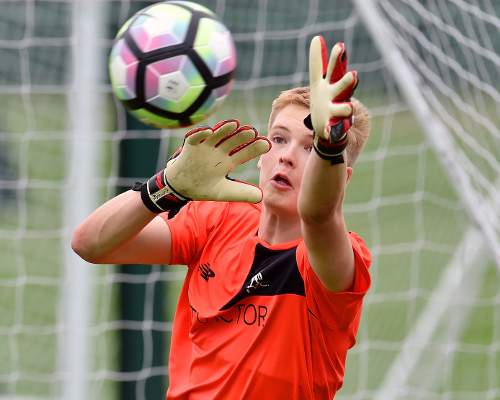 Caoimhin is a slightly different type of goalkeeper to Kamil but both of them are technically very good. He came down a different route to Kamil and hails from Cork in Ireland. Caoimhin is a fantastic shot-stopper and is working really hard at dealing with the aerial side of the English game. His distribution is quite good and he is a very calm presence. Off the pitch, he is a quiet lad, but on it he is very calm and assured. He had an excellent game for the U23s away at Manchester City recently, which our supporters would have seen live on LFCTV. While we were pleased with his performance, we have to say it’s things that we have worked on and that’s his job. We are really pleased but we don’t go overboard as it’s part of his development. We sit down after every game and analyse their performance and identify the areas in particular that need more development. Caomhim and Kamil are different types of goalkeepers but each have their own strengths. We work on their strengths and weaknesses but I have to say both of them are developing nicely. 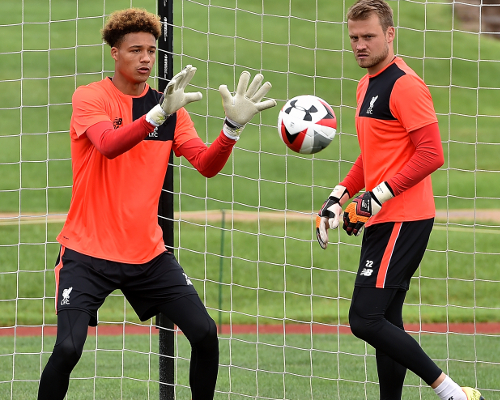 We mustn’t forget about Shamal George, who hasn’t played at all so far this season and is another fine young goalkeeper. Shamal has been really unfortunate so far with injury. He came back for pre-season and went to Germany with the U23 squad and he was absolutely flying in training. He was then called up by the first team but unfortunately he had a bit of a niggle with his knee that has kept him out of action. Hopefully, now he is over that. He is back in training, working really hard every day and I don’t think he is too far away from playing a game in the next few weeks.

We also have Andy Firth, who is a brilliant lad. He has been with us a long time and he knows the situation with the two young lads. Andy is always ready and available whenever we need him. He has played in a couple of games for us during the last few weeks, which is great for him. He went on loan to Witton Albion last season and did particularly well. They were really pleased with him. He keeps himself ticking over, he always works really hard and I always know if we need him we can rely on him.

I think we are particularly strong with our young goalkeepers. We also have Ben Williams and Dan Atherton, who have a lot of potential. Ben is a first-year scholar and has played a few games for Neil Critchley’s U18s this season, and Dan is on the comeback trail after injury. 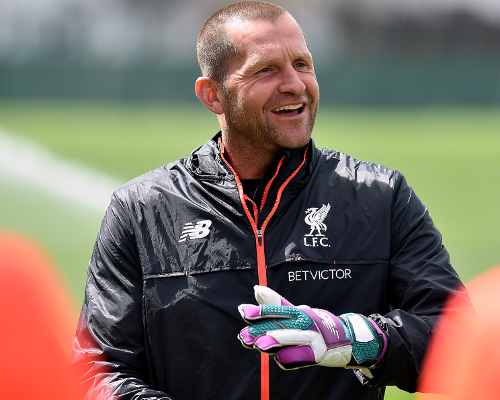 I work closely with John Achterberg and Neil Edwards, who is the U18s goalkeeping coach, and we are constantly talking to each other. Me and Neil give John regular updates about how our Academy goalkeepers are progressing and we also have regular reviews as well. We also have Ian Dunbavin, who recently joined us. Ian was a former youth-team goalkeeper for Liverpool and has made an excellent contribution so far. He looks after the U15 and U16 goalkeepers, so between me, Neil and Ian we look at the whole spectrum of goalkeepers from the age of five through to U23s. We all have similar principles and ideas, which is important because we all have to give the goalkeepers consistently the same information.

We also keep in constant touch with Danny Ward, who is enjoying an excellent season so far on loan at Huddersfield Town under the command of David Wagner. Danny is currently with the Wales squad on international duty and it was a great moment for him when he played for his country in the European Championship finals during the summer. I spoke to Danny before he went away with Wales and he is doing particularly well and he is really enjoying it. This loan spell is exactly what he needed and has come at a really good time in his career. He had a good spell on loan at Aberdeen last season and is getting better and better. For Danny, this is all about getting games in the bank and experiences he will rely on in his future career and there is no doubt he will come back to Liverpool a stronger goalkeeper and ready to challenge.