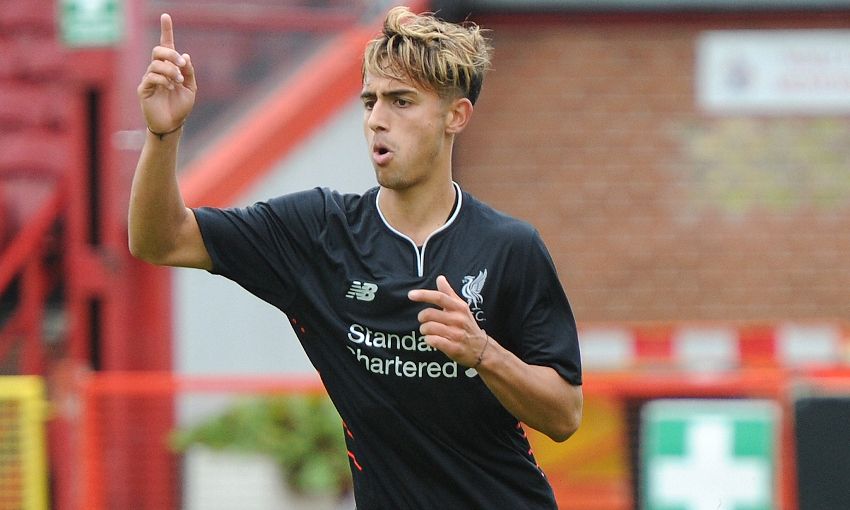 Yan Dhanda bagged a brace as Liverpool U18s made it two wins from two for 2016-17 with a 2-1 victory over Manchester United on Saturday morning.

The 17-year-old struck twice in the first half as Neil Critchley's team followed up their season-opening 4-0 win over Blackburn Rovers by beating their arch-rivals away from home.

Indy Boonen pulled one back for the hosts in the second period, but the young Reds did enough to secure another three points from a typically competitive meeting between the clubs.

Fans at Altrincham were treated to an entertaining opening as the two sides exchanged good chances early on.

Tahith Chong was the first player to register a shot on target, but found Kamil Grabara equal to his powerful drive from inside the box as the Pole produced a fine reflex save.

It was a similar story at the other end, where Ilias Moutha-Sebtaoui had to show incredible reactions to claw an acrobatic Toni Gomes effort away moments later.

United's reprieve was short-lived, however.

With 20 minutes on the clock, Dhanda made the most of the space he had been afforded at the edge of the box and fired in a fine low shot into the corner to put the Reds ahead.

And the No.11 was in the goals again before the half-hour mark as he arrived late in the box before producing a clever touch to elude two defenders and passing the ball into the corner.

United piled the pressure on as they looked for a way back into the game with the first half nearing a conclusion, but were twice denied by intelligent interceptions from Conor Masterson that ensured the Reds went in ahead.

Liverpool started the second half in encouraging fashion, with Gomes firing just over from close range when he had done well to reach the ball at all.

But the Red Devils continued to push and grabbed a deserved lifeline when Boonen finished well from a tight angle after bursting into the box.

Unfortunately, Liam Millar could not do the same when he had a chance from a similar angle in the immediate aftermath of the goal, leaving the teams to play out a frenetic end to an enthralling game.

United were unfortunate not to profit from the end-to-end nature of the final moments when a Boonen pull-back was somehow kept out by Michel Parker with Grabara out of his goal.

But the Reds held firm to continue their winning start to the new campaign.