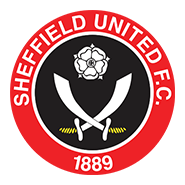 Liverpool returned to winning ways in the Premier League by beating Sheffield United 2-0.

Curtis Jones finally put the Reds ahead in the early stages of the second period following a first half during which they were thwarted by a catalogue of Aaron Ramsdale saves.

And, after Sadio Mane had been denied a goal by the offside flag, the visitors’ dominance was rewarded further with 65 minutes played when Roberto Firmino’s low drive deflected in off Kean Bryan.