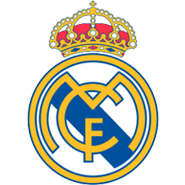 Liverpool's Champions League campaign came to an end at the quarter-final stage as Real Madrid held out for a goalless draw at Anfield.

Trailing 3-1 from the first leg in Spain, the Reds applied heavy pressure to the visiting rearguard throughout in an attempt to reverse the deficit.

However, despite a series of chances, Liverpool were unable to make a breakthrough, meaning Real clinched qualification for the last four of the tournament.