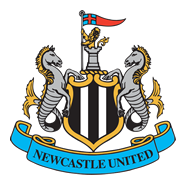 Liverpool were held to a 1-1 draw by Newcastle United at Anfield.

Mohamed Salah’s exquisite turn and subsequent unstoppable drive with less than three minutes on the clock had given the Reds the ideal start on Merseyside.

Indeed, the hosts had numerous chances to further their lead, but were unable to add to their tally – and Newcastle had an equaliser from Callum Wilson ruled out in stoppage time by the VAR.

However, with virtually the final kick of the game, Joe Willock swept in to secure a point for the visitors.