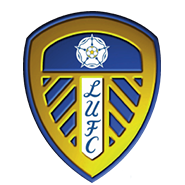 Mohamed Salah's hat-trick handed Liverpool a winning start to the new Premier League season as they edged a thrilling clash with newly-promoted Leeds United 4-3 at Anfield.

Five of the goals came during an open, topsy-turvy first half, with the Reds going ahead three times – twice through Salah and once Virgil van Dijk – sandwiching responses by Jack Harrison and Patrick Bamford.

Mateusz Klich restored parity for a third time after the break, but the hosts won a second penalty of the game with two minutes remaining and Salah guided it home to ensure a hard-fought victory on the opening day.

It was a 60th consecutive home league game unbeaten for Jürgen Klopp's team, who kicked off their defence of the title in dramatic fashion.